It was a lovely summer morning. The bistro was closed for the day, something about getting it cleaned up for an upcoming inspection. That place was always so crowded and her job so full of pressure; so Rose decided that today she was going to relax home with a good book and enjoy the weather. 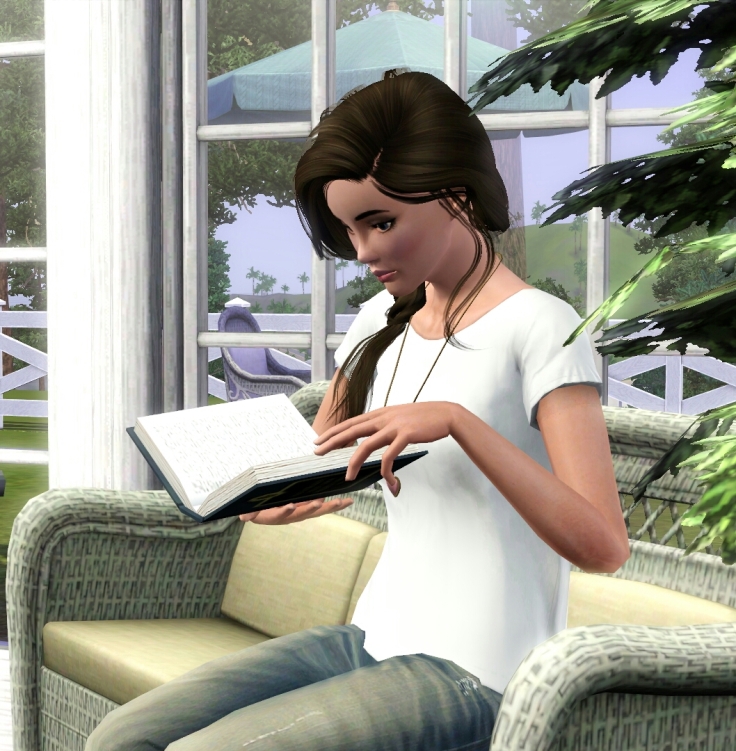 She hadn’t read for more than an hour, when suddenly her doorbell rang.

Who could that be, she thought, and got up to open the door. Standing there waiting for her was Jared. 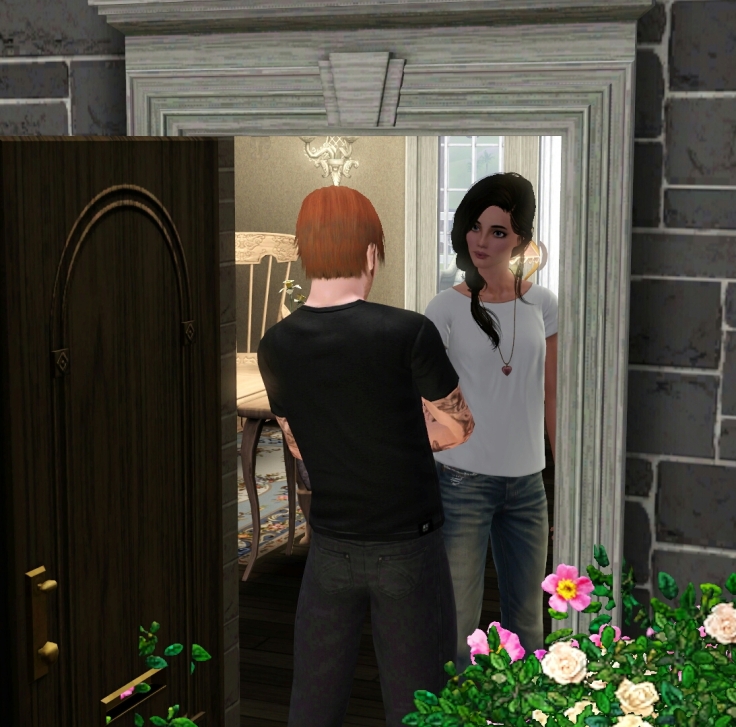 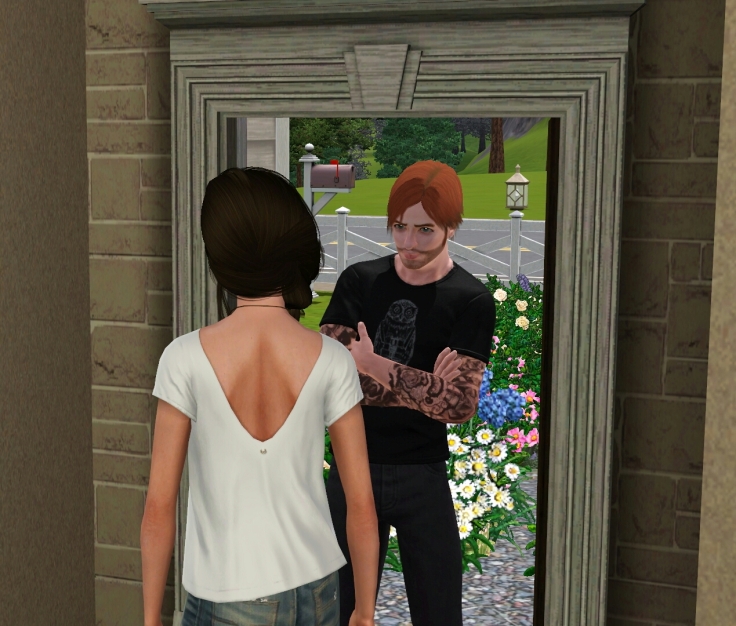 “Hi miss, did you ask for a professional chef for today?” he said with a huge smile on his face.

“Uh…hi. Come in” she said. They headed inside. “How come you visited me today? You could be doing anything” Why, oh why was she always so shy and nervous in front of him?

“I though I made you a promise, didn’t I?” Jared winked at her. “Look Rose” he suddenly looked a lot more serious than before “I like you and I really want to help you, if I can, with your career. I’ve been where you are.” 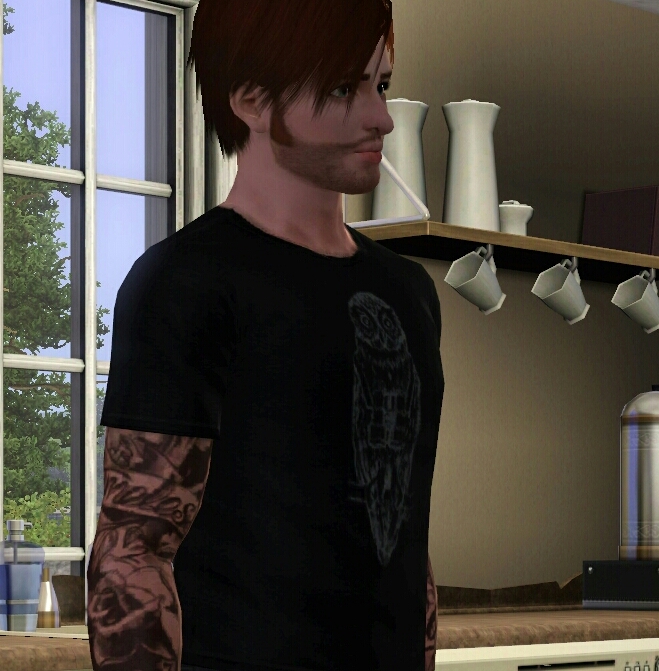 “I appreciate this” Rose smiled. “Oh, and I like you too.” Jared’s eyes brightened a bit. “Glad to hear it, doll.” After what felt like quite a long pause, Jared spoke: “Well, we have many things to do so we should get started. Today I’ll teach you everything I learned during my ten days course so don’t think you’ll get much rest in your day off!” he joked.

Rose had great potential, he was right at that. She knew how to combine the spices and herbs, how to recognize the smells, how to kick each dish up a notch. But there was something she lacked at, and that was technique. “I can’t do this. I’ll never learn how to cut as quicky as you or Emma or even Madison” she whined, as her self-conscious side suddenly emerged.

Jared laughed at her tiny breakdown. “Here, let me show you how to do this” he slowly approached her from behind. 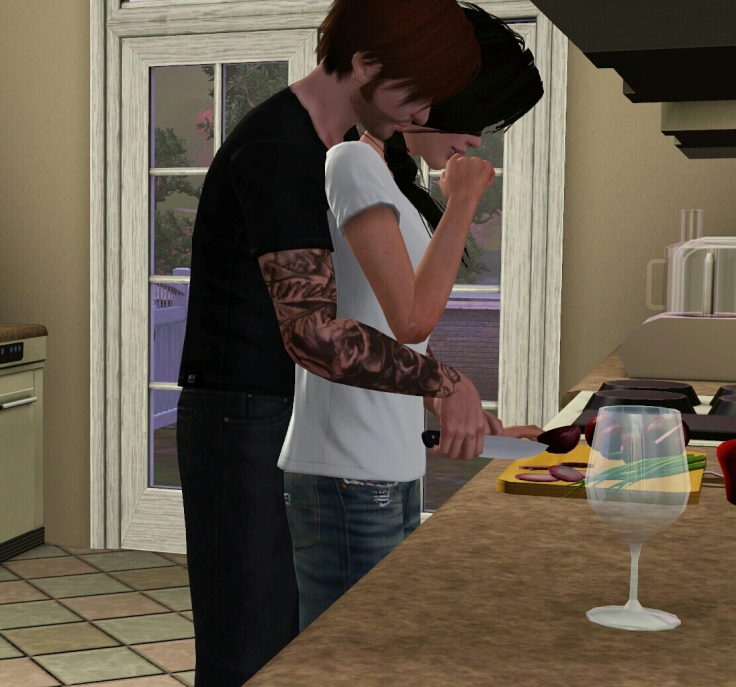 His warm breath on her neck made Rose shiver, but tried to remain concentrated on her task. Jared on the other hand was not so successful at restraining himself. Her lavender and cinnamon scented hair was enought to drive him over the edge. He turned Rose around to face her and whispered “You’re something else, you know that?”

Rose sighed. He then leaned in to kiss her lips, just like some nights ago, minus the drunken part. 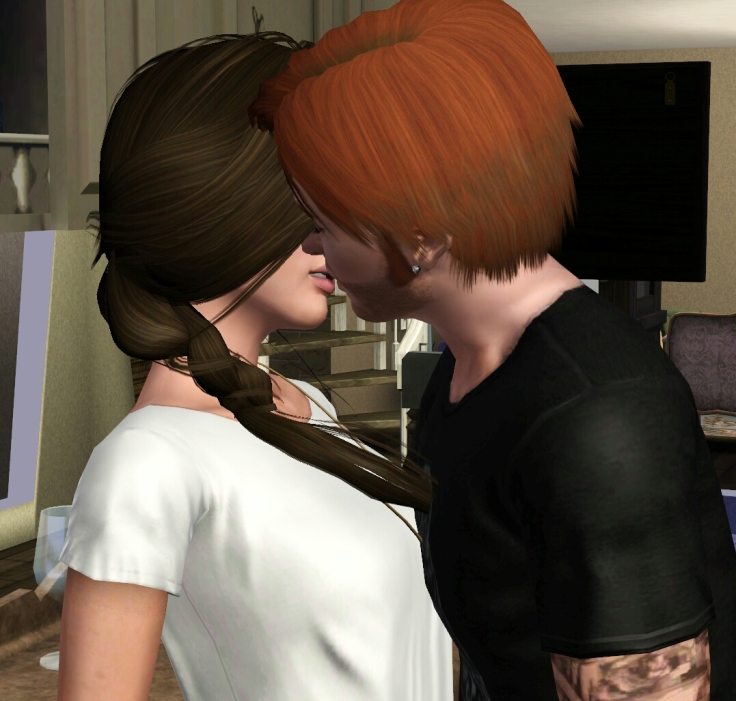 Rose didn’t exactly protest, but a sense of fear suddenly possessed her. She didn’t completely trust this man, she’d heard a lot about his behavior with other women. Yet she let him in her house, she let him kiss her. Now what could she do? Fortunately, before having any time to think, Jared stopped and gave her a peck on the forehead instead. 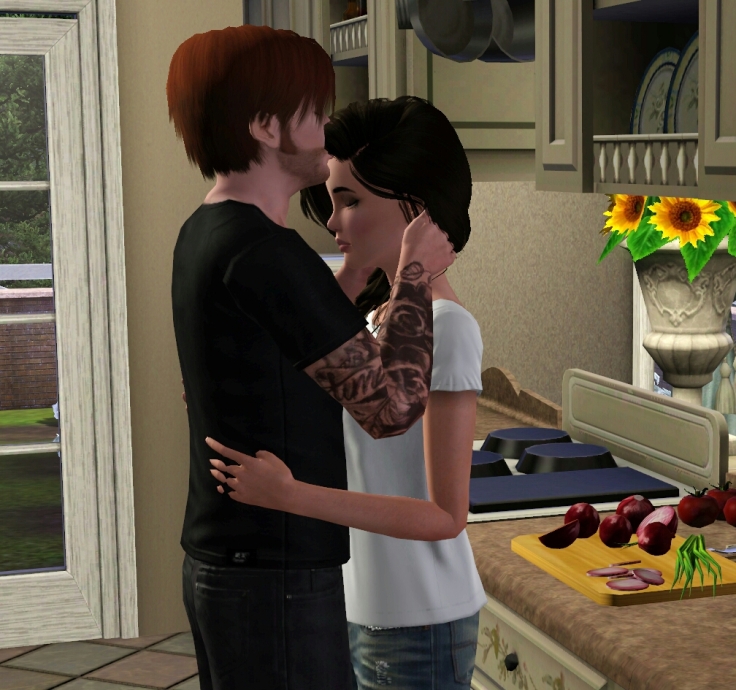 “I think I’ve worn you out for today, what do you say we stop and continue this another time?” he said.

He was a little disappointed in himself actually. Rose was just a step away from giving in. So why did he stop himself at her first sign of hesitation?

He started to walk to the door but Rose stopped him. “You know, I was going to watch ‘The house with no doors‘ tonight. But I hear it’s quite scary. Would you like to join me? If you don’t have anything else to do, of course. I don’t want you to leave like that and things to be awkward after.”

“I would never be awkward towards you. But sure, I’ll stay.” he said.

Jared realized that he was having a great time with Rose. They stayed up chatting and watching the film together. He was right about another thing: she definitely got scared very easily. He loved her frightened reactions but decided not to make any more moves that night.

In the early hours, Jared found himself on the couch, with Rose asleep in his arms.

He got up trying not to wake her. It’s the second time you’re getting away from me, he thought, and realized that his feelings were not of disappointment or frustration anymore, but something else. Something he hadn’t experienced in a long time, if ever. 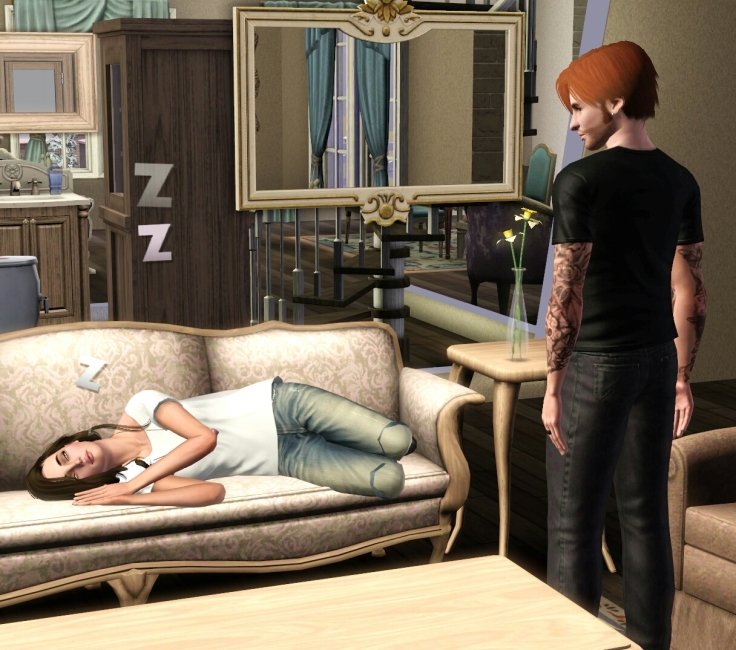 The morning light had already began to glow weakly. Before taking off, Jared stopped for a moment and smelled the scent of roses and lavender coming from the garden.