Chapter tune: AC/DC – Back in black

Simon’s parties were always epic, so pretty much everyone in high school was expected to attend. That’s why Calla was in heaven that night. She finally got to make her appearance together with Eric, super popular jock and her one year long crush.

Jesse on the other hand, was not having the time of his life. Laura had announced him that they wouldn’t go together because, apparently, she was totally mad at him – for some reason. Maybe she’d come by later, but right now Jesse had to find a way to make this party more fun. 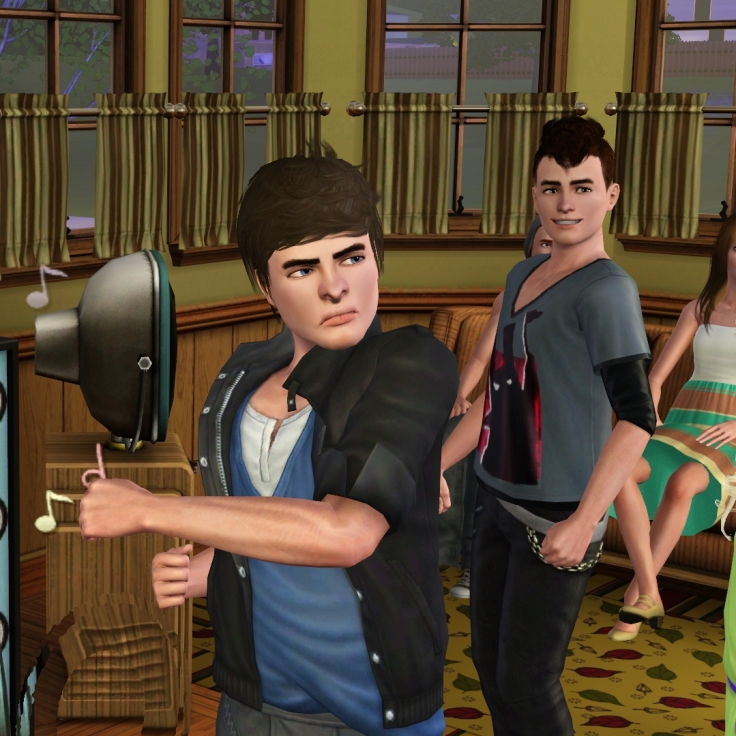 That’s when he spotted Ashley, Laura and Calla’s best friend of all people, dancing alone. He immediately took the chance to butt in.

“Nice moves you got there blondie”

“Umm… I think you know my name Jesse. And thank you, you’re not so bad yourself” 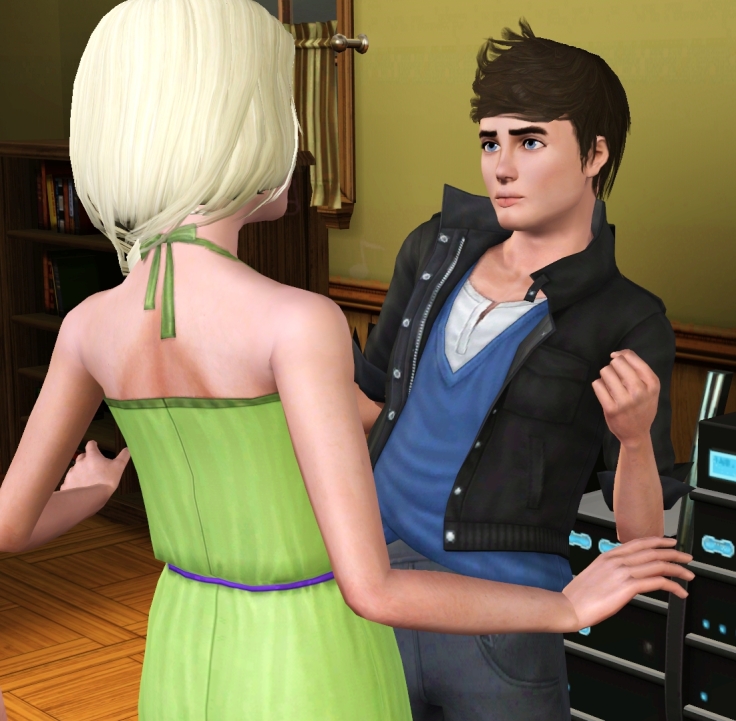 “Thanks…” she replied a little awkwardly. The truth is she liked the feeling whenever a boy was showing interest in her, but in that case it was her best friend’s boyfriend. Even if he was kinda hot.

“Did I say I love your moves? I’d really like you to show me how you’re doing… well… that thing with your legs. But not in front of everyone… What do you say we go somewhere a little more quiet?” 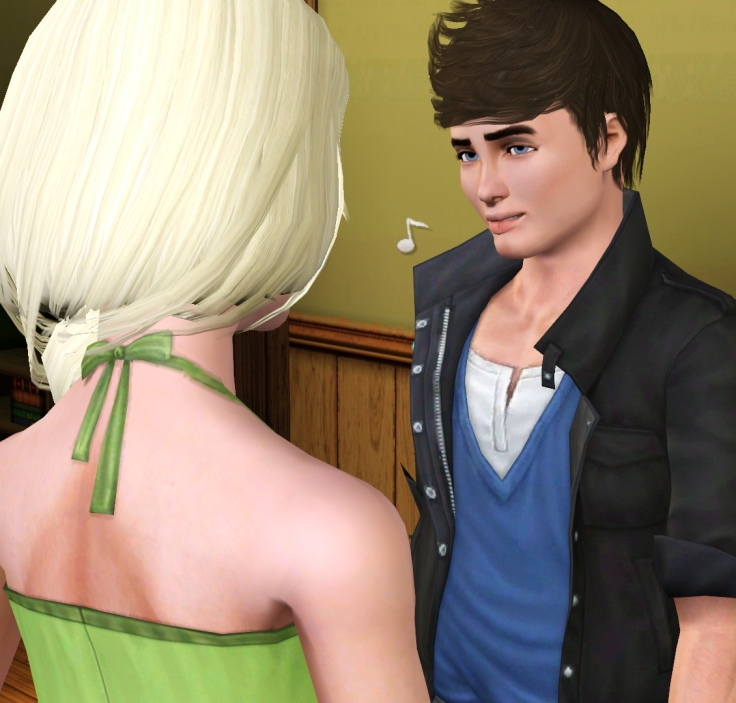 It was at that line that he sensed a presence near him. His actual girlfriend’s to be exact, who had just decided to show up. 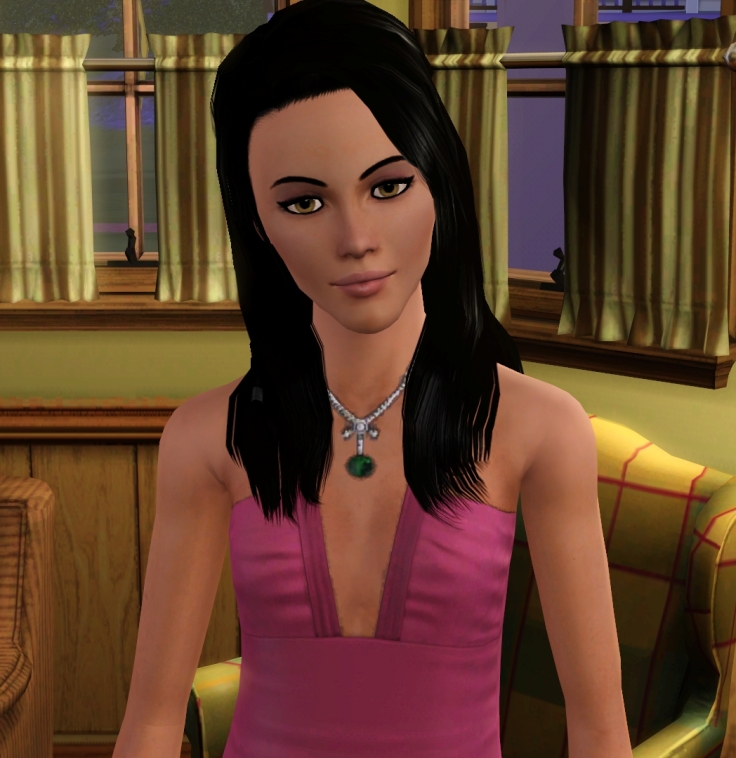 Without saying a word, she stormed out as abruptly as she had arrived.

“Baby, c’mon… don’t go! We were just dancing and messing around! I just want you!” Jesse shouted at her as she was leaving. 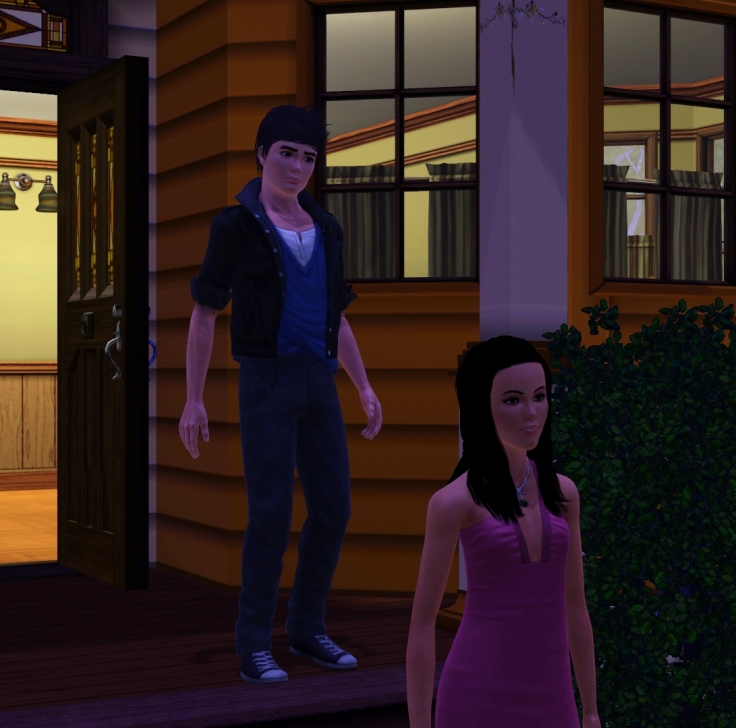 “You know what” Laura turned to face him “It’s another thing to flirt with random chicks in the classroom when I’m around – yeah, I’m not blind – but I never expected you’d hit on my best friend at a party!”

“What? I wasn’t hitting on her… I just wanted her to show me how to dance like she does!”

“Yeah, because everyone knows Ashley is suuuch a great dancer” Laura spat “Argh! You’re so lame. It’s over! Don’t you ever dare talk to me again!”

“Fuck” Jesse muttered as he saw Laura leaving. It wasn’t the first time he got himself in a mess like that, but he did have feelings for his girlfriend… sort of. She was the hottest girl in school. But it was late and he didn’t feel like chasing her around. Maybe tomorrow.

He felt Calla approaching him. “Well that went well” she said “Come on, time to go home”

“Sure, let’s go” he angrily replied.

“Hey, are you alright? Promise me you won’t brood over her again. I hate it when you’re brooding”

“I won’t. Wanna know why? Because I’ll get her back. I can bet you a twenty we’ll be together by Monday.”

“Sure. But why do you keep making those bets harder and harder? Not that I don’t love making money out of you” Calla joked. 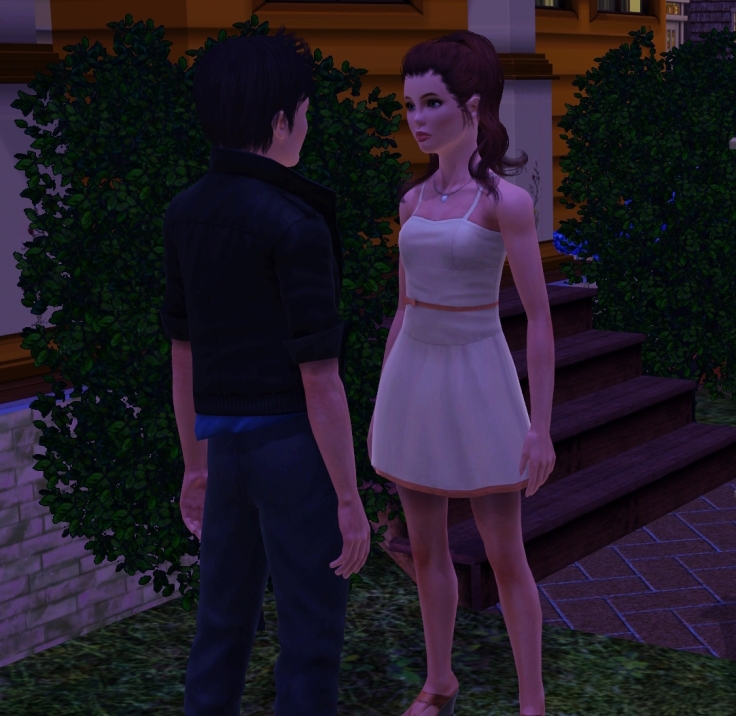 “In case you haven’t noticed, my time is improving sis, that’s why. You’ll see” Jesse grinned.

Jared entered the house as quietly as he could, careful not to startle Philip, who was taking his usual nighttime nap in front of the tv.

He found Rose sleeping on their bed, dressed in his favorite nightgown, which was a sign that she had been waiting for him like this, until she couldn’t hold her eyes open any longer.

There was still time until the hour the kids were supposed to be home. He trailed his lips lovingly along her skin, but there was no reaction, as Rose was deeply asleep. 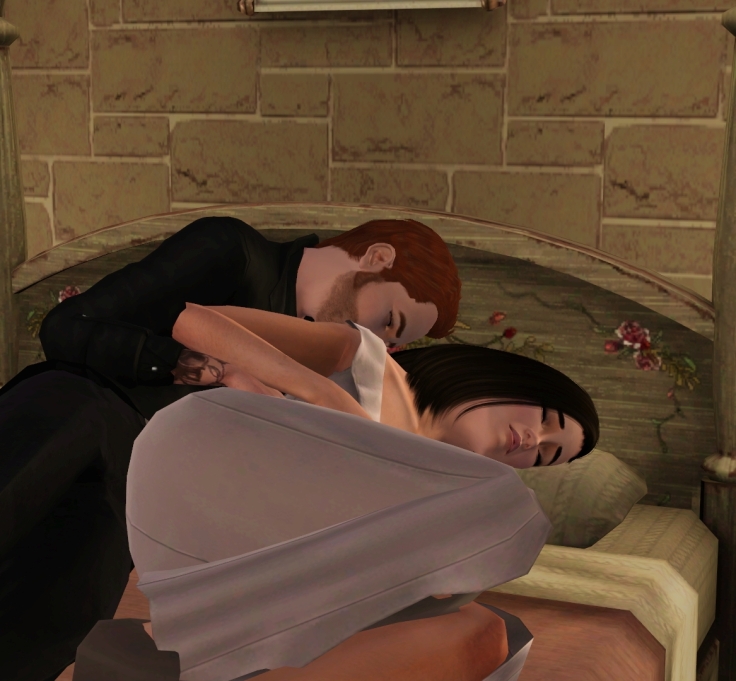 “Fuck… I’m so sorry baby. Until next time” he whispered as he brushed his hand against her – still – beautiful face.

At this thought, a fierce wave of guilt took over him. There could be no next time in the upcoming months. Mia gave him an exhausting schedule that, while guaranteed success, also meant that he would barely be home.

But most of all, he felt guilty because he actually loved spending time with his new publicist tonight. It was a breath of fresh air, to talk to a young attractive woman about anything but the house or the kids. And Mia certainly knew how to make him feel like the king of the world.

However, if there was one thing he was sure about, was that he loved his wife more than anything. There was no way he’d ever want to be with anyone else, to make love to anyone else. Even now, after all these years of marriage, Rose still was that gentle, sweet girl he met that night at the Red Rendezvous. And still so beautiful, Mia could not hold a candle to her. Then why did he suddenly feel alive after tonight’s encounter?

Get your shit together you moron, he thought to himself.

The next morning, he woke up earlier. Just in time before Rose was supposed to leave for the bakery.

“Good morning honey” she cheerfully replied “It’s ok, I suppose you had a lot of work yesterday after all. Do you want some coffee?”

“Sure baby, I’d love some. Well, we were kinda busy last night” he lied “but I should tell you, I had an interesting meeting too” He told her all about Mia – not mentioning of course how young and attractive she was. “She saw a picture of me from back in the day… and she wants me to change my hair like it was. She says it’s closer to the image we want to go for. Would you mind if I did that?” 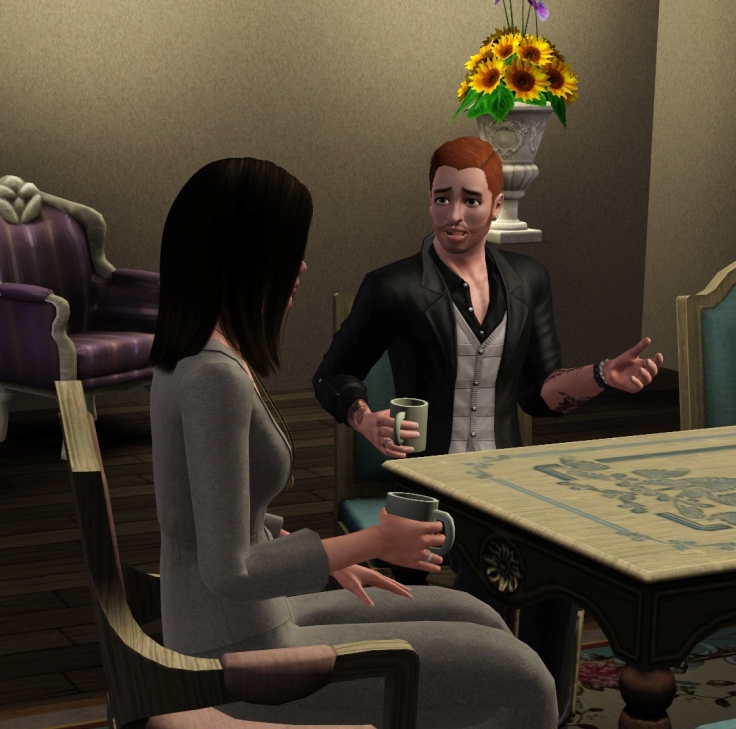 “Well, it’s your hair” Rose smiled “I’d love you even if you were bald. Which I’m glad you’re not” she joked. 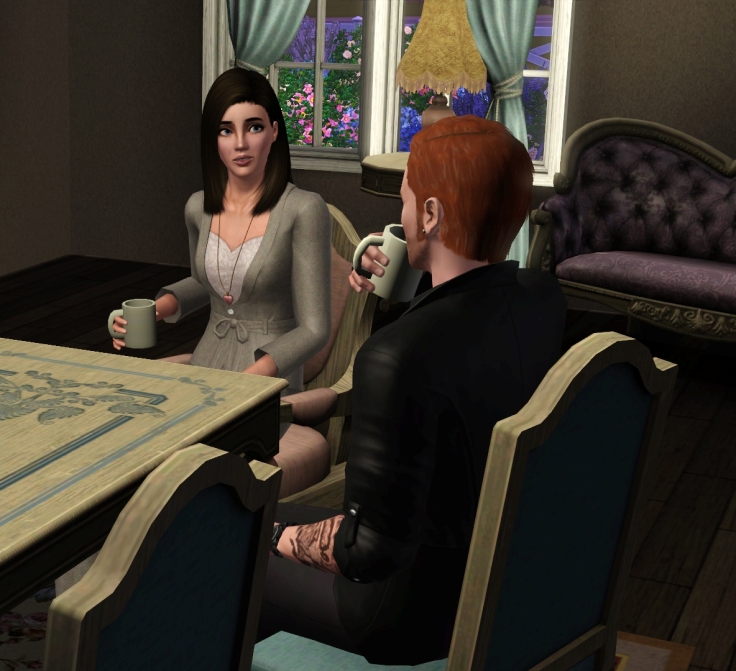 “The only thing I’m not crazy about is that schedule… but I know you gotta do what you gotta do. I’ll miss you so much though… I already do” she said with that sweet voice that still, until this day, made Jared weak on the knees.

“Fuck… Do you really have to go to work now? I’ll make time for you baby, I can promise you that”

Mia was, as promised, the best thing that could happen to Jared the moment he needed it. In just a couple of weeks she had managed to make him the talk of, not only Sunset Valley, but big cities like Bridgeport as well.

Customers were lining up for a table and journalists were begging for an interview. Each week, at least one magazine had Jared’s face on its cover. 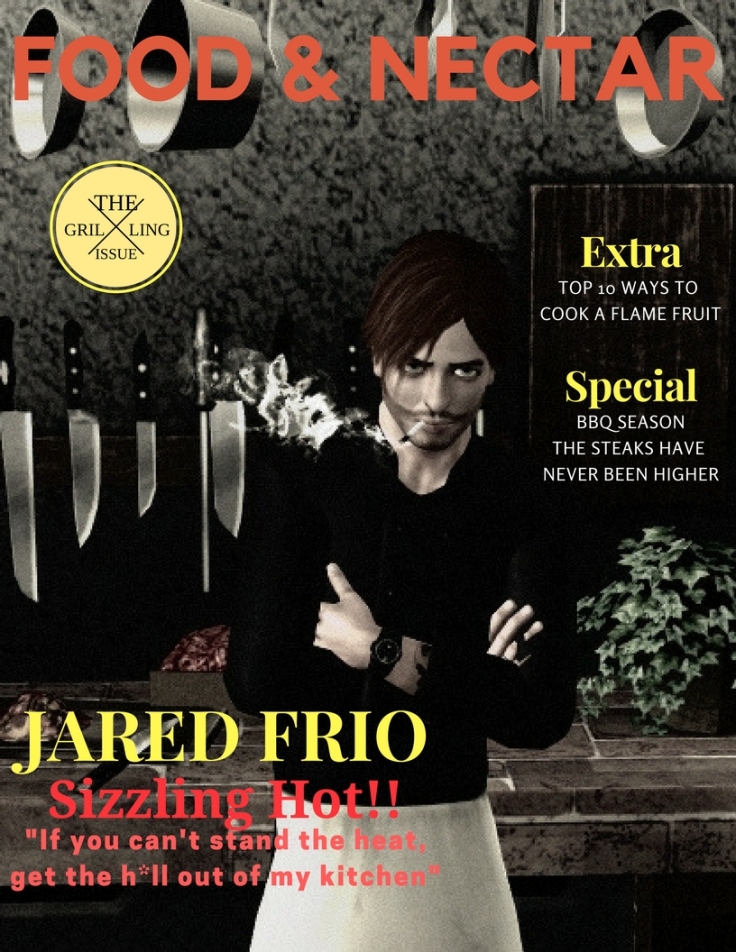 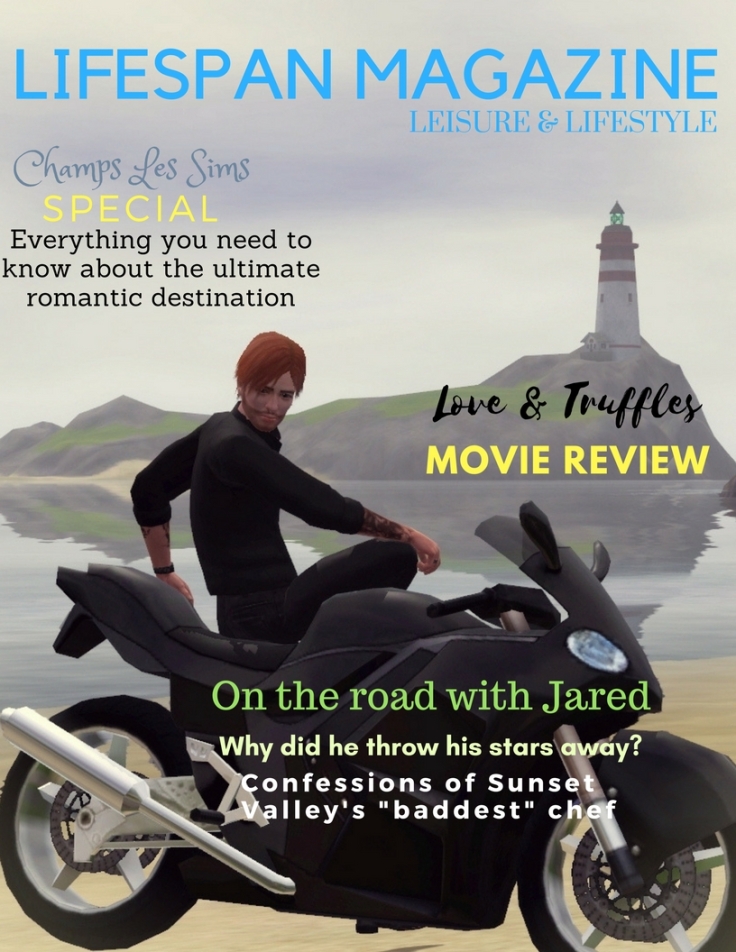 He was barely home but, fortunately, Rose seemed supportive and did not nag about it. Not that there was actually time for any real conversation.

A few months later, Mia organized a party at Jared’s restaurant. Journalists, photographs and all kinds of celebrities were to attend. Jared was pretty nervous so he went to the bar to get a drink before all the craziness would begin.

“Hello darling” Mia suddenly walked in. “Just wanted to make sure you’re not drunk before the party actually starts. Afterwards, we can get drunk together. Are you nervous?” 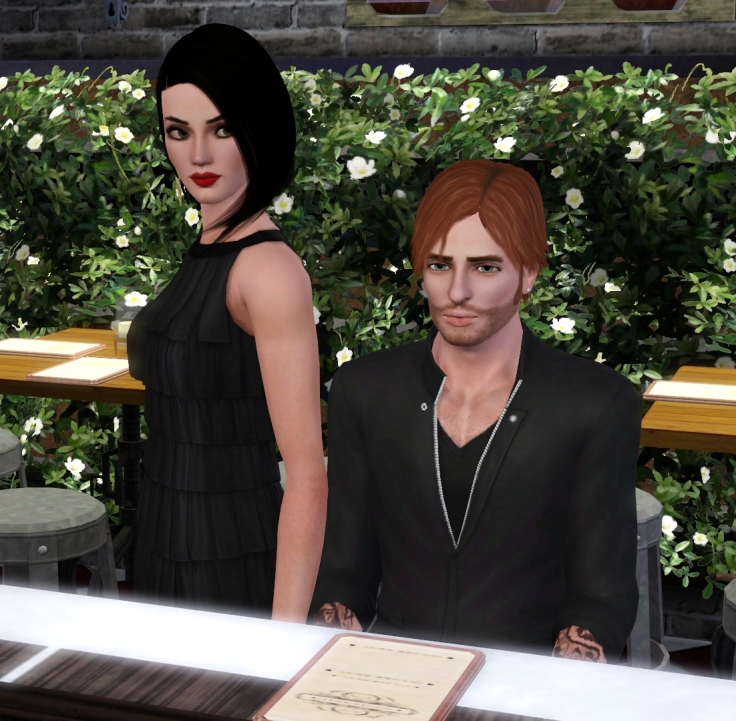 “A little” he replied. But her presence did not calm his nerves, quite the opposite. It wasn’t just the usual feelings of uneasiness and restlessness he got everytime she was around – especially when they were alone – but tonight she and Rose would meet for the first time. And if he knew his wife, it was certain that she would not be happy, as much as she’d try to hide it.

And now there she was, the one woman that drew his attention ever since he got married, sitting next to him with her short skirt and her seductive glances. He couldn’t take it.

“You’re right” he said while getting up “I shouldn’t drink right now. I’ll be outside. Besides, my wife is on her way here. She shouldn’t have to search for me”

“You do that, darling” she replied, almost indifferently.

While Jared was busy talking to a couple of guests, Rose arrived. Mia knew exactly who she was when she saw her and decided to greet her before anyone else. 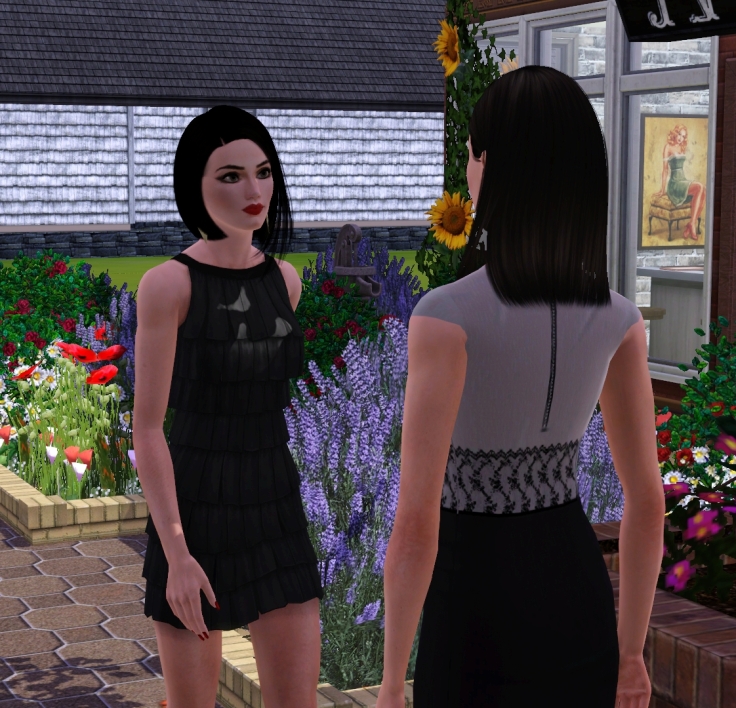 “Darling!” she said, as if they’d known each other for years “You’re Rose, Jared’s wife, am I correct? I am Mia, his publicist. Jared has told me so much about you, it feels like I already know you!”

Rose was taken a bit aback at this sudden burst of affection. It’s not that she didn’t appreciate friendly behavior – she was quite a friendly person herself – it was just that it seemed a little too much. It was also that Jared had never described his publicist to look like… well, this. 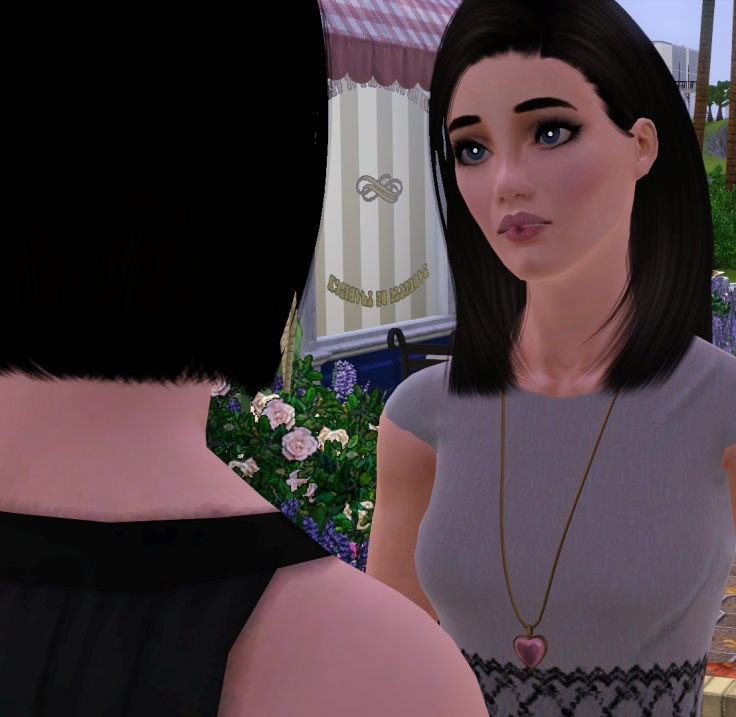 “Nice to meet you” Rose replied “You’ve done a great job so far. Thank you for helping my husband.”

“Ah, it’s nothing. I love working with him, it’s like fate brought us together. May I say, I love your little bakery. It’s so cute and sweet, like a little cupcake” Mia said and something in her tone made Rose unsure if this was meant to be a compliment or an insult.

“Also, if I may add” Mia continued “I think you look really stunning…” 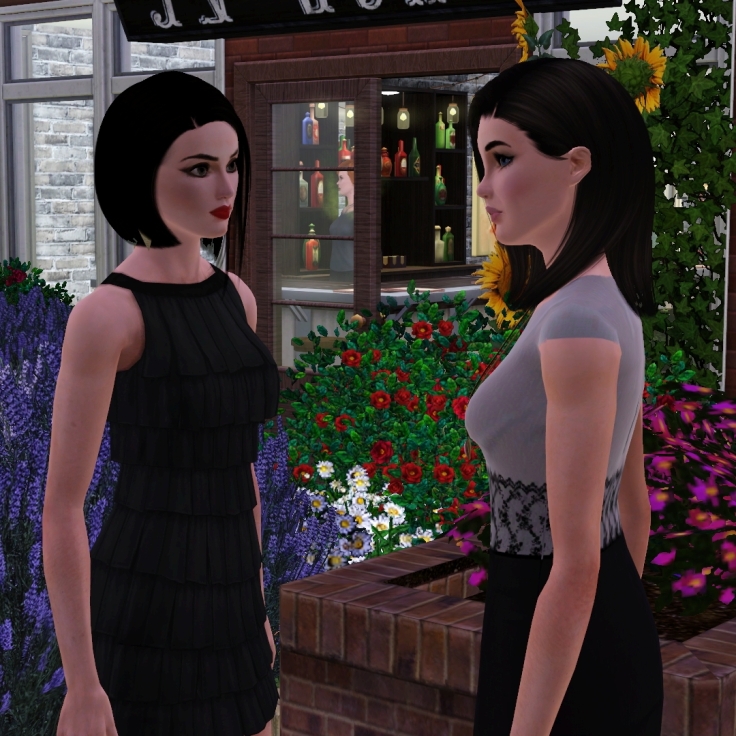 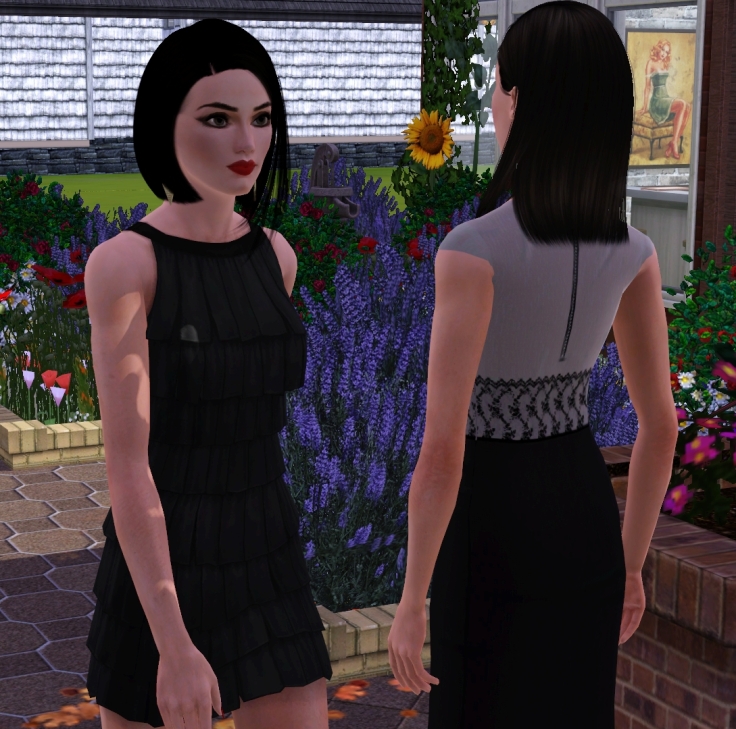 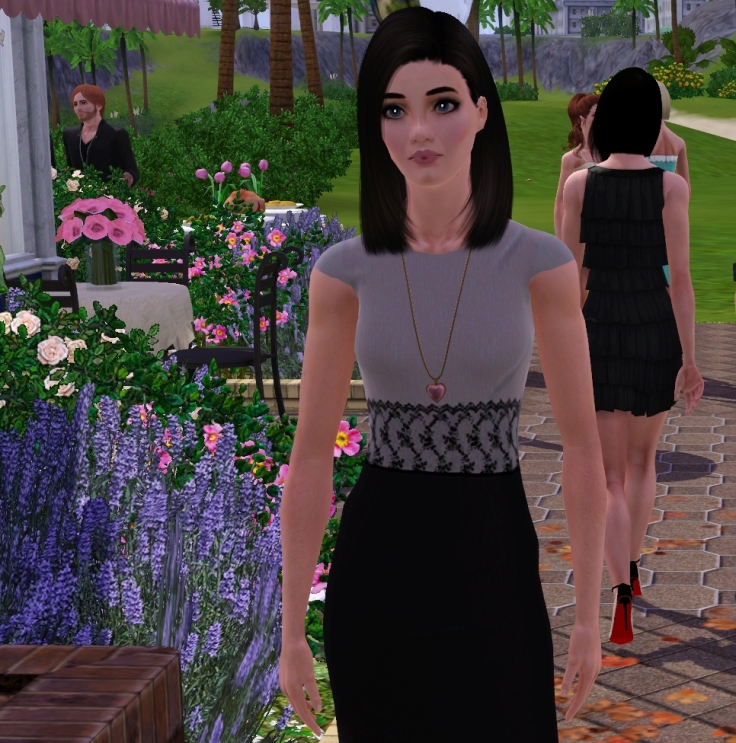 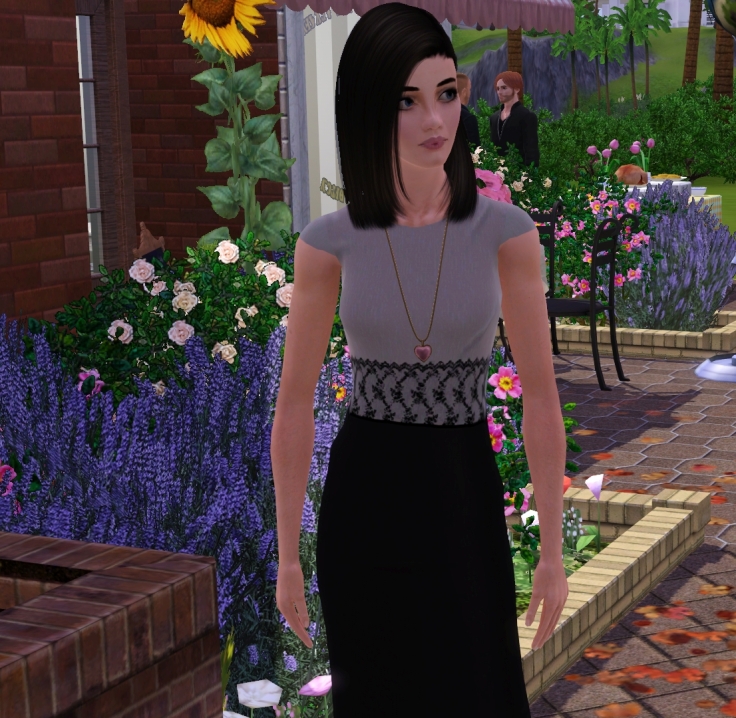