A/N: Hello! 🙂 Again, I’m so sorry that I’m so late to post this, but in my defense, this chapter begins at about 20 years earlier than the events taking place in Gen2, so it needed a proper setup first – meaning spending hours in CAS and in build/buy mode 😥 But it’s finally ready, and hopefully part 2 won’t take as long! Oh, and sorry about the extremely bad punny title, I had no idea how to name this chapter, lol! 😁 Oh and beware: This chapter contains abuse themes, swearing (of course) and visible blood. Don’t say I didn’t warn you! Thank you for reading! 😀 ❤

Sofia Carlton was one of the luckiest girls in Twinbrook. Hell, maybe even in the whole world.

After her loaded, overaged, adoptive parents finally croaked – before she even hit the age of 20 years old -, their massive fortune was hers at last.

Not that it would have made any difference if they were still alive. Sofia never had any obligation – or desire – to work a day in her life anyway, not even to learn the ropes of managing her family’s business: hotels, in almost every corner of the world.

No, what Sofia truly wanted to do was to party, and party hard. Party from the moment the sun went up till the moment she would be passed out in front of her luxurious pool or, even better, waking up with one or more strange dudes she held no memory of. 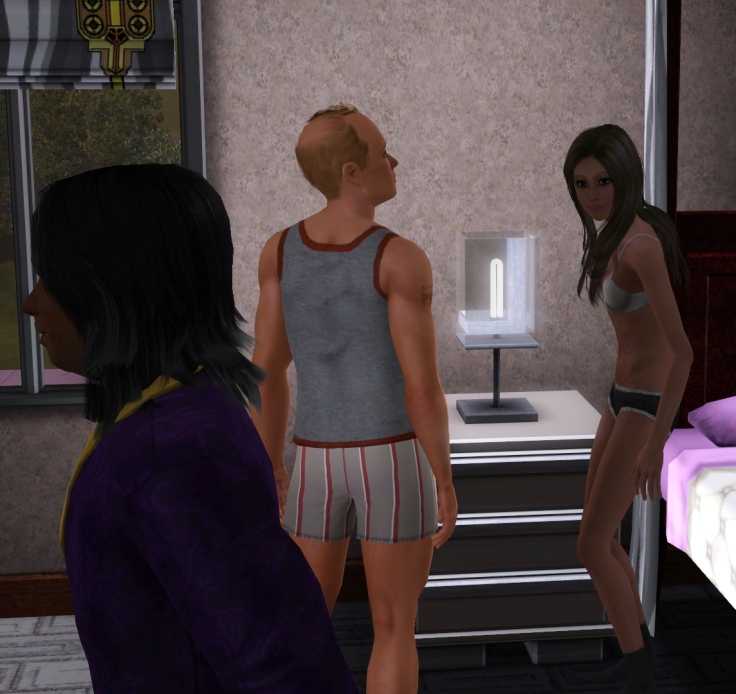 Sofia loved being the center of attention and the yellow press loved hating her. Every other day the magazines would feature articles and photos of her unfortunate fashion choices, her battle against eating disorders and her numerous romantic escapades.

Sofia didn’t know what to do with a child. She didn’t even like children, but giving it up was the type of scandal even she was terrified of facing. Another idea was to ship the child over to her dad but the problem was, she had no idea who the dad was. 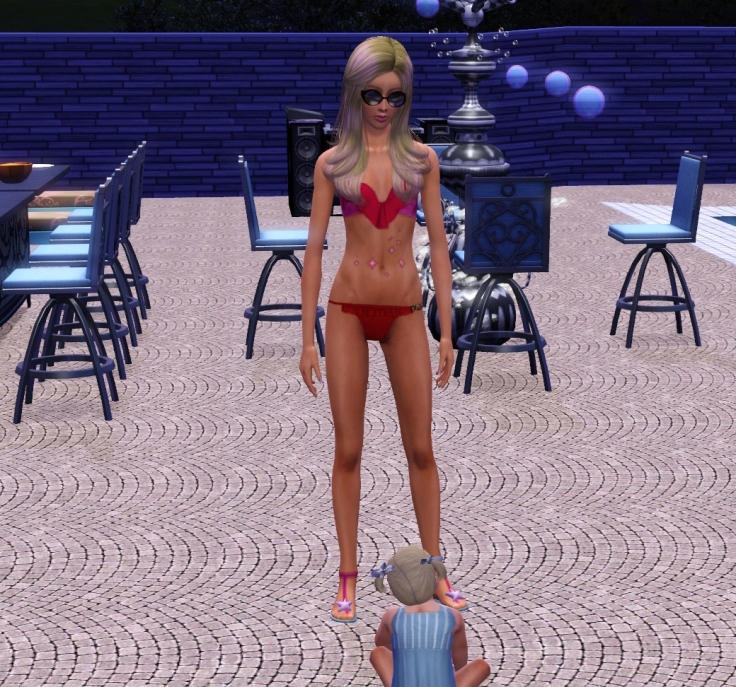 The solution finally came by the name of Tanya Korbel, a former supermodel who had abandoned her thriving career to become a children’s caretaker until her elder years. 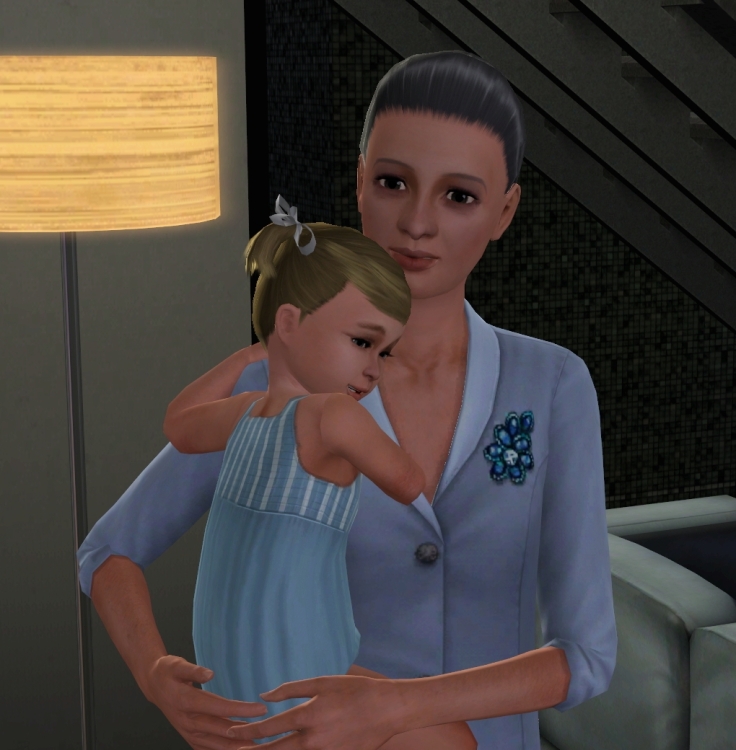 Tanya was the best thing that could ever happen to Skye. She was kind and giving, taught Skye how to walk and talk, and gave her a sense of stability and a motherly kind of love that her actual mother could never give. 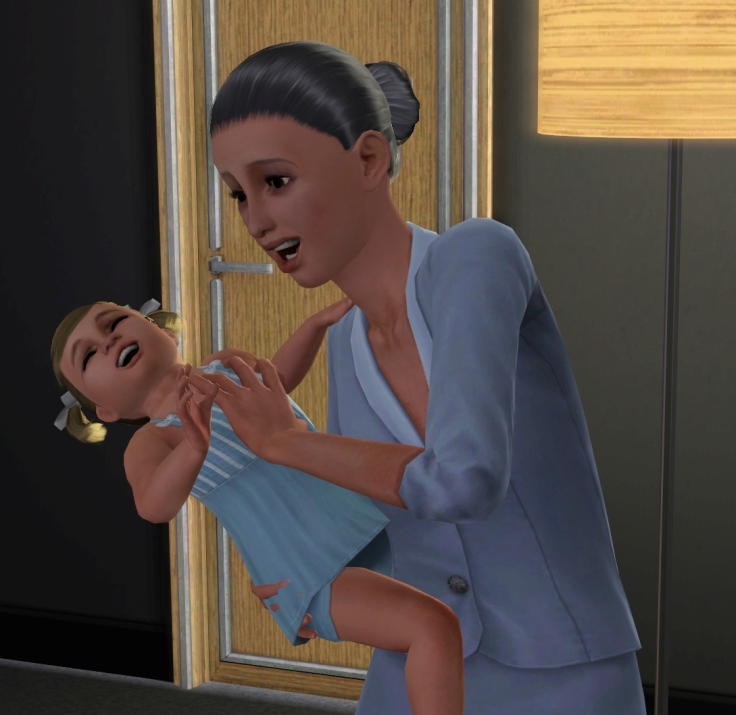 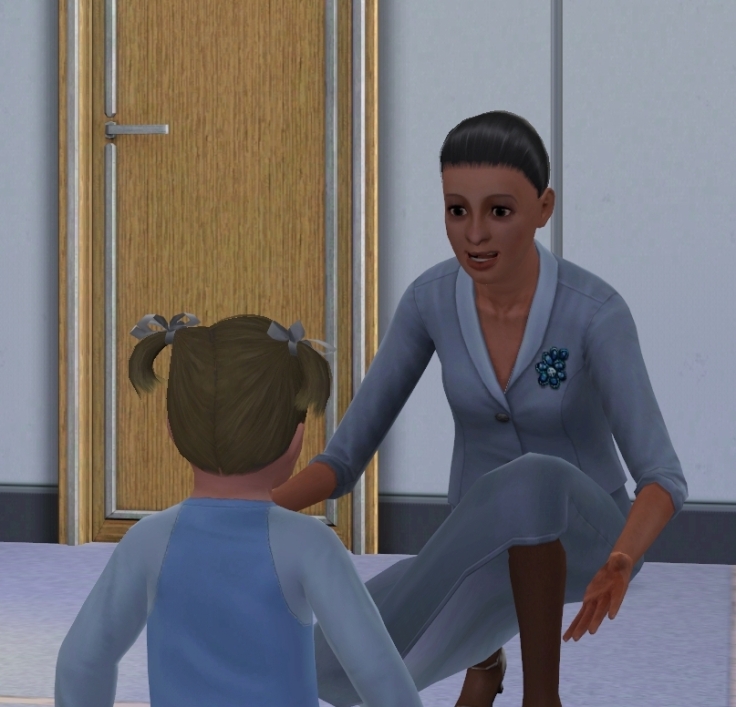 Tanya was the best thing to happen to Sofia too. With her taking care of Skye full time, Sofia was able to keep on partying and spending her family’s money, until naturally, there was no more money left. The hotel business was taken over for scraps by the rest of the board members, so Sofia would only live on what was left in the bank accounts from now on.

The only way for her to keep up her wealthy lifestyle was to slowly start selling her expensive furniture and artwork – but there was no way the pink painted mansion or her custom-made pink sports car would be on the market anytime soon. 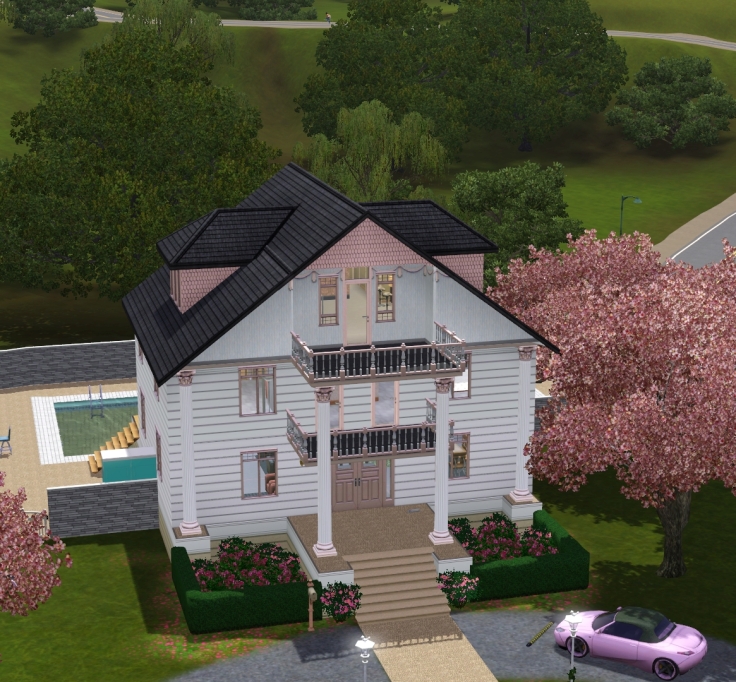 Looking at it from the outside, one could never figure out that the people living inside were, in fact, broke. Tanya only stayed because she had grown to love little baby Skye so much, that her heart couldn’t bare to leave her with her indifferent and childish mother. 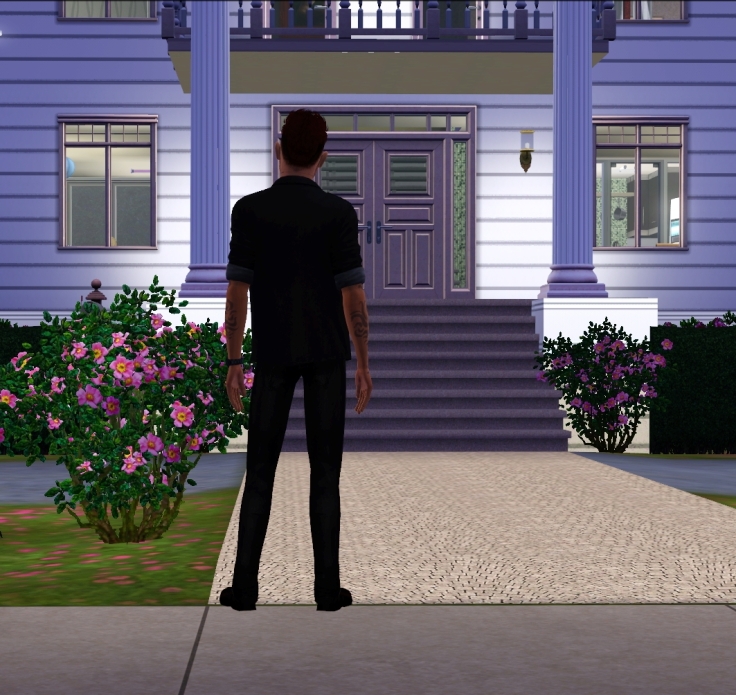 He spent days planning schemes to rob the wealthy looking house, until he noticed the attractive single mother who owned it. Then he came up with a far better plan. Why settle for stolen breadcrumbs, if there was a chance he could seduce her and get a taste of her entire fortune instead?

It wasn’t that difficult for women to get enticed by – or despite – his harsh and scruffy appearance. He had a way with the ladies when he wanted it, even though he predicted that this one would be a bigger challenge than the rest of the women he had managed to charm until then.

A prediction that could not be further away from the truth, as Sofia was immediatelly enchanted by him. He was so different than any other man she had known. From the moment they met, she needed to see him everyday, to get in bed with him everyday. The parties and scandals suddenly stopped and in her life there was no room for anyone else; just him. 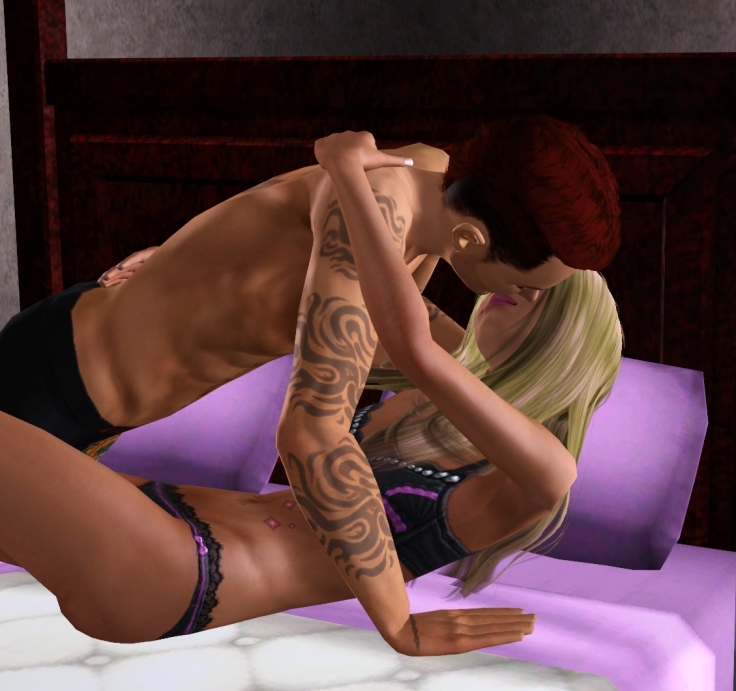 One day, Skye was outside playing with Tanya, when her mother approached them with Sinbad.

“Skye” she said “I’d like you to meet your new father, Sinbad. We’re getting married this weekend. Say hello”

“Skye. Carlton. What did you just say? Apologize this instant!”

“Well, at least your kid’s got moxie, I’ll give her that.” Sinbad grumbled through his teeth, trying his best not to come off as angry or bitter.

“She’s a little brat. I am so embarassed, please don’t pay any attention to her” Sofia looked at him with pleading puppy eyes.

Sinbad felt certain then. Nothing would stop him from getting married to the hot loaded lady standing next to him, not even her kid.

After some time of living the high life, the bills had begun to pile up and he discovered the ugly truth. Despite the shiny exterior, his wife was poor. She had been poor all along, and he had been embarassingly tricked.

He never truly loved or cared for her, but at that time, he started to actually resent her. Not that he was willing to abandon his life of crime, as it was something he still received great pleasure from, but to be tricked into marriage over nothing? This was something he could not accept.

The nights found him wasted and sleeping around. After a while, Sofia – in a desperate attempt to draw his attention towards her again – started leaving the house all dolled up and returning in the morning, just like him. He usually didn’t seem to give a crap, but one of those nights – unfortunately for her – Sofia got what she wished for. 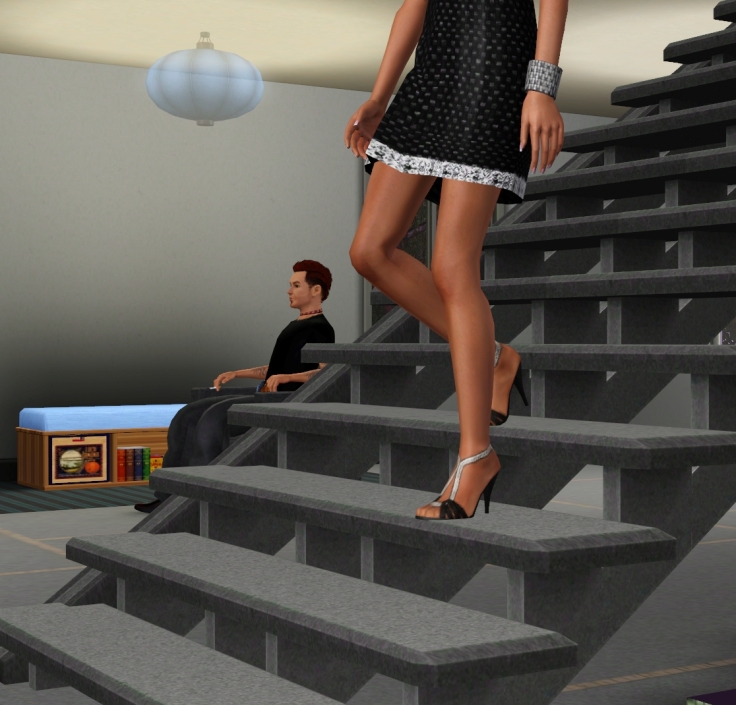 “Where do you think you’re going?” he hissed at her, glaring towards her expensive looking outfit.

“Out. Don’t wait up for me, I’ll be late” she tried to sound indifferent, but couldn’t completely hide her thrill of finally being noticed, mixed with a bit of fear.

“You’re a savage. I’m leaving” she said, while trying to make her way towards the door. 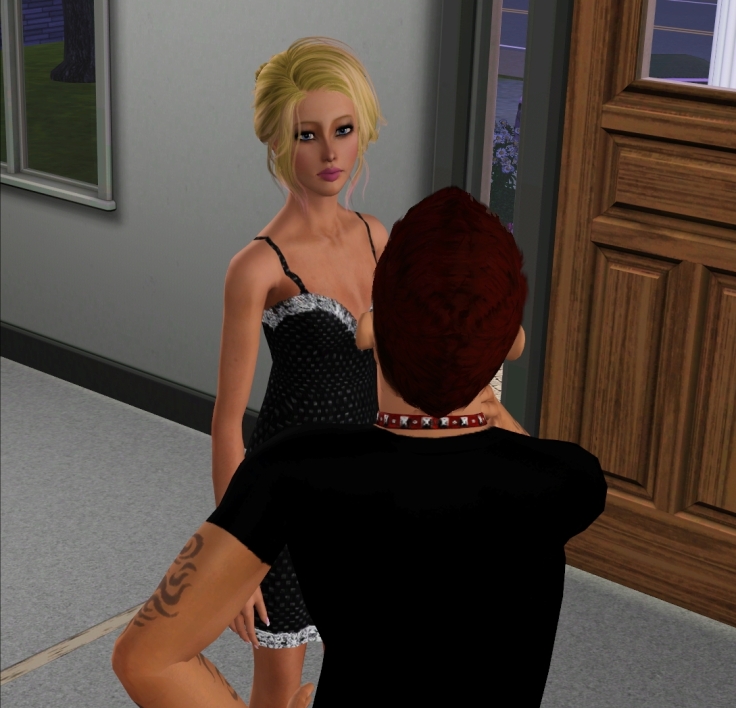 But Sinbad was not willing to be ignored. He grabbed her arms so tight, Sofia could feel them bruising instantly. “You bitch! You’re not going anywhere until I say so!”

Sofia tried to fight back, but there was no way of overpowering him, even at this drunken state he was in.

Skye heard her mom yelling and rushed downstairs, trying to comfort her. Sofia mumbled in a state of shock that she loved him, while sobbing and shaking.

After a while, Skye had managed to calm her mom down. “Don’t worry kid” Sofia told her “It’s gonna get better. We’ll leave him someday, we just gotta stick together. You’re a good kid, you really are” 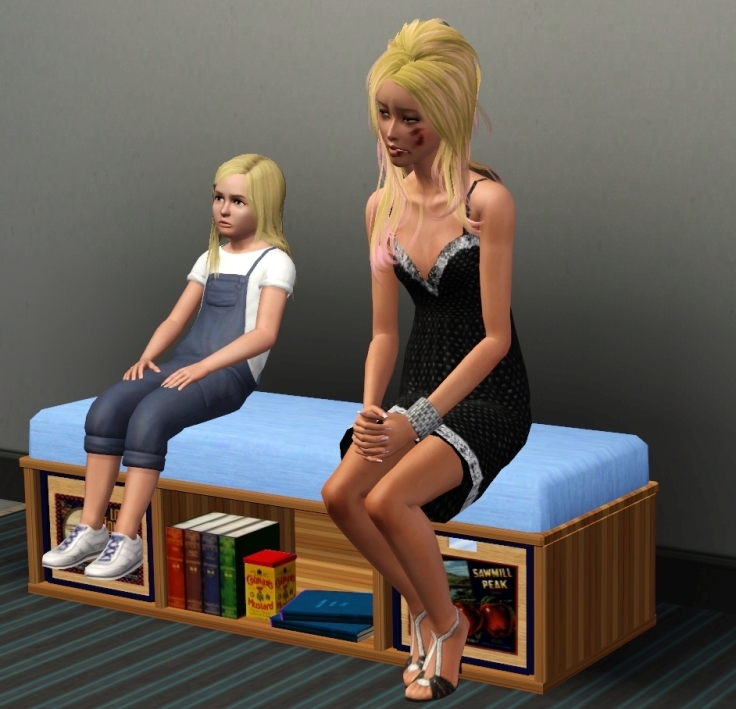 Of course it wouldn’t get better for a long time, but those were the only moments Sofia actually aknowledged her daughter’s presence in the house, and showed her just a tiny glimpse of affection. Skye held on to her mom’s promise.

Sinbad’s bursts of anger were becoming more and more frequent. One of those nights he tried to hit Skye too, after her attempt to protect her mom from his hands. Tanya begged him to leave the poor child alone. 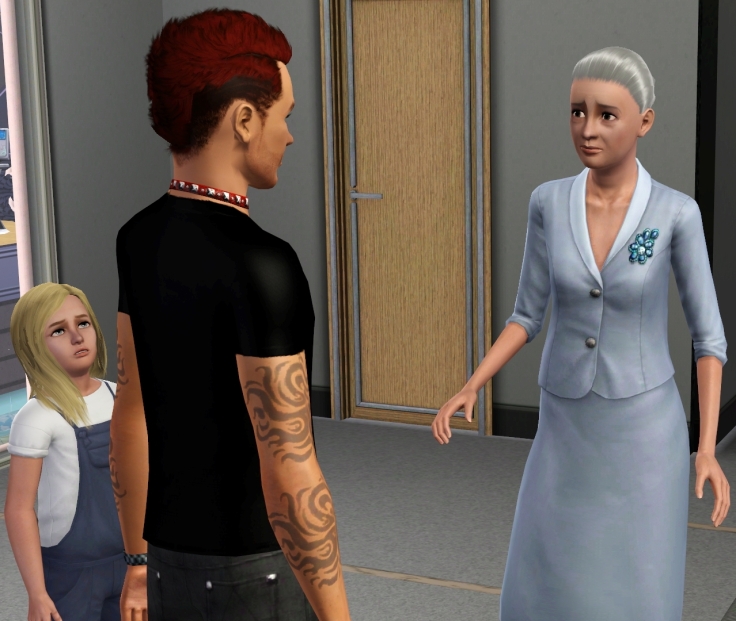 “Who do you think you are? You think you’re so important just because my useless wife doesn’t know how to take care of a stupid kid? You know what, we don’t need to feed your pathetic ass too, you’re fired! Get outta here!”

But Sofia just kept staring towards the abyss, not daring to say a word.

“Don’t worry my child” Tanya said while giving her beloved Skye a hug before she left “I won’t let him hurt you. I’ll get help first thing in the morning, and then I’ll be here with you again. I love you my child”

Even though she cried until there were no more tears left that night, Skye felt hopeful that all this would soon be over. That this nightmare would finally go away and things would be back to the way they were. 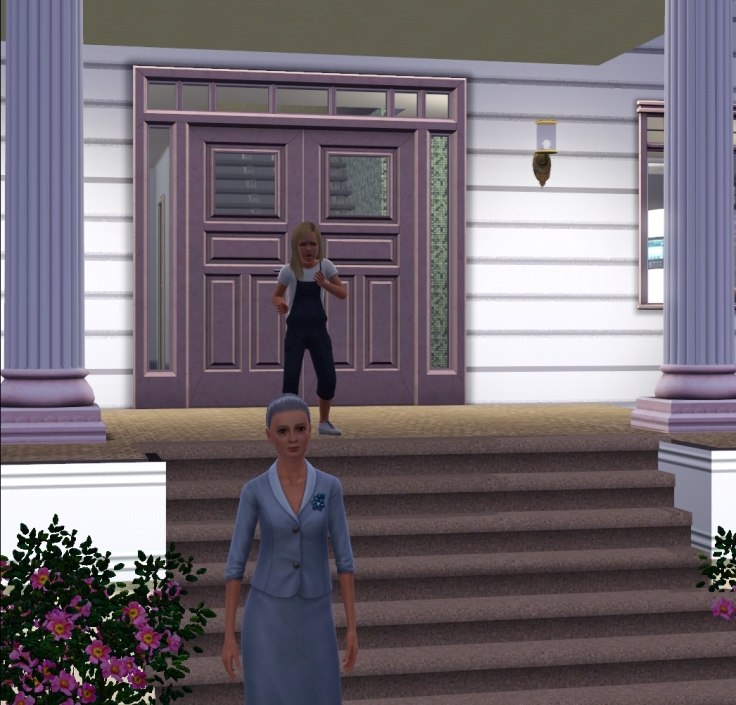 But her wish would never come true. Tanya left her last breath that night, apparently at home, in her sleep. The local authorities did not find it necessary to conduct any further investigations, since Tanya was apparently too old for her death to be considered suspicious. It was the first time Skye felt her heart breaking to pieces. Although it wouldn’t be the last.

The years passed and Skye had finally reached her teen years. She wasn’t a cheerful child, and whenever she found herself at home (which was not often), she spent her time locked in her room painting and listening to music.

She had discovered that she was getting so sucked in while painting, that she could block out all the yelling and cursing that echoed through the large empty living room.

Throughout the years, she noticed that Sinbad was being nicer to her, while at the same time became more and more indifferent towards her mother.

“Look at you all grown up” he told her one day while staring at her boobs “I bet you’re gonna start wearing bras soon”. Those inappropriate remarks were lately made almost everyday, and the only reaction they got were fiery and hateful glances from Sofia towards her daughter.

Not that Sofia was still in love with her husband, that was a sentiment she had abandoned long ago. But she resented Skye’s youth and beauty while she knew she had wasted hers. As a result, she resented her daughter, the new improved version of herself. 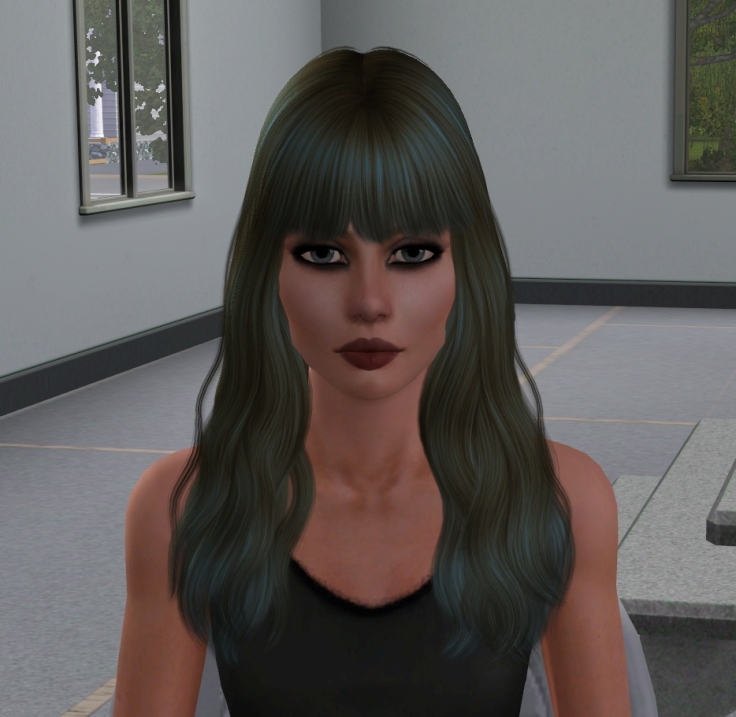 Sofia was feeling stuck into that miserable life of hers. Until she wasn’t. It was a matter of time until Lady Luck would help her once again, and that help came in the form of a wealthy old man who, from the moment he first saw Sofia, became quite infatuated with her. It was not long before he proposed that she should live with him.

Sofia would never pass that opportunity up. Skye would forever remember that crisp autumn afternoon her mother would abandon her house, husband and daughter forever, without looking back. She would forever remember the day her mother would break the only promise she ever made to her. But it still surprised her how little emotion she felt seeing her mother’s figure become more and more distant, until she forever disappeared from her life. 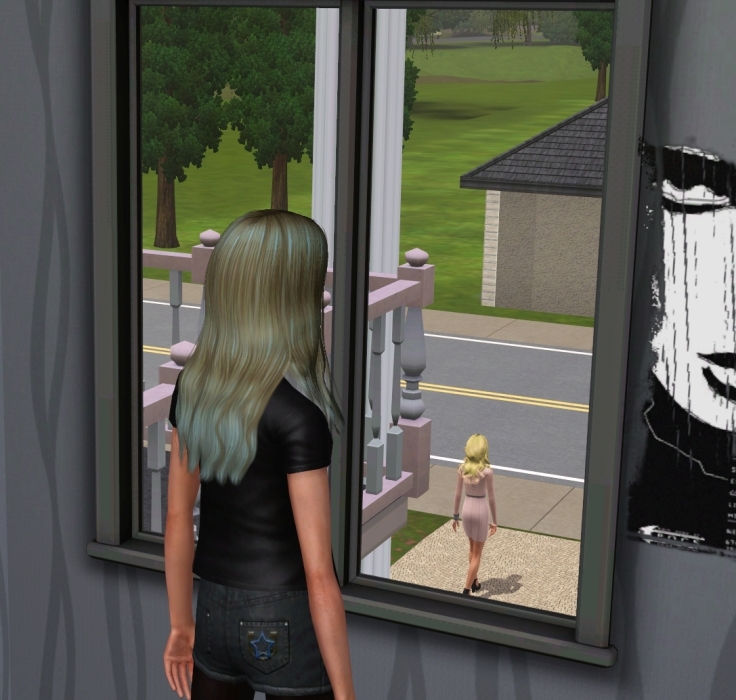 When she got downstairs, Sinbad was sitting alone in the living room’s only armchair.

“Your whore of a mother left and is not coming back. I guess she got sick of us both” he muttered.

“Don’t tell me you’re sad about it” Skye replied bravely.

“I couldn’t care less about that dirt, she had gotten old and wrinkled anyway. He paused for a while, while staring at Skye’s face. “So, kid” he said just when she was about to exit the house “I guess it’s just you and me from now on.” 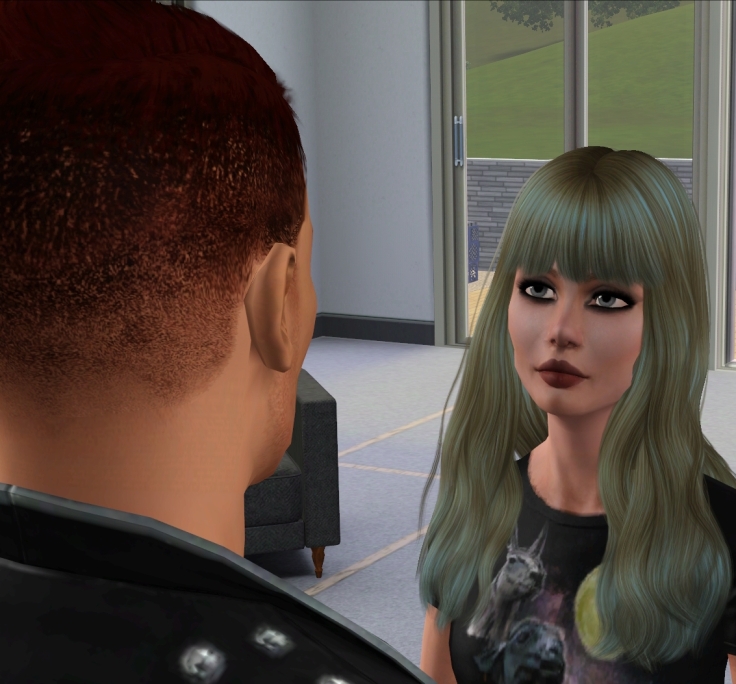 PS: Phew, so much drama in this chapter! I’m sorry about that! The truth is, I’ve never experienced any kind of abuse at home, so I just went with whatever I’ve read and researched plus my gut… if I wrote anything unrealistic or offensive please forgive me! And please let me know so I can fix it! Thank you again for reading! ❤