“Love, we really must do something about your brother” Emma said to her boyfriend Connor, while he was blissfully reading a sci-fi book for the third time. 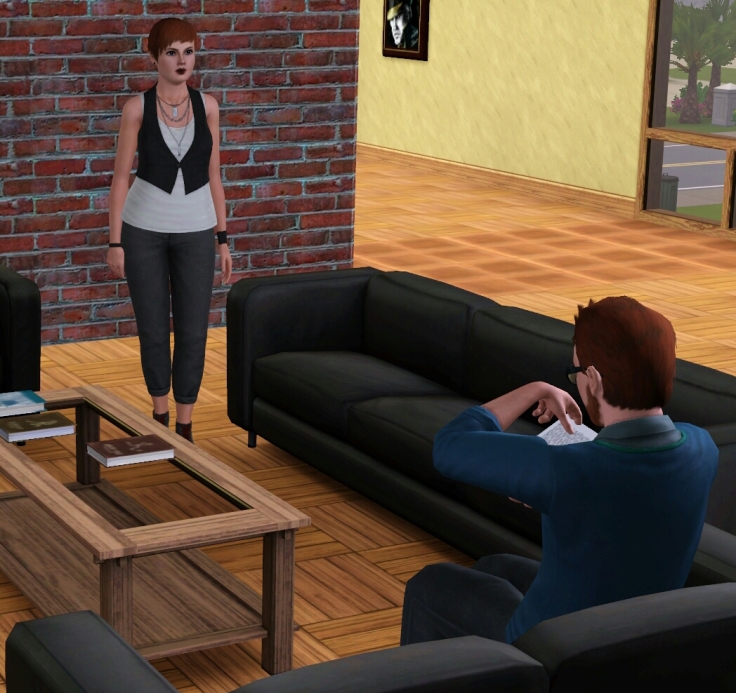 “Haven’t you seen that for the past days he’s moping around the house doing nothing? Have you ever seen him like this? I sure haven’t” Emma said a little annoyed at her boyfriend’s lack of observation skills. 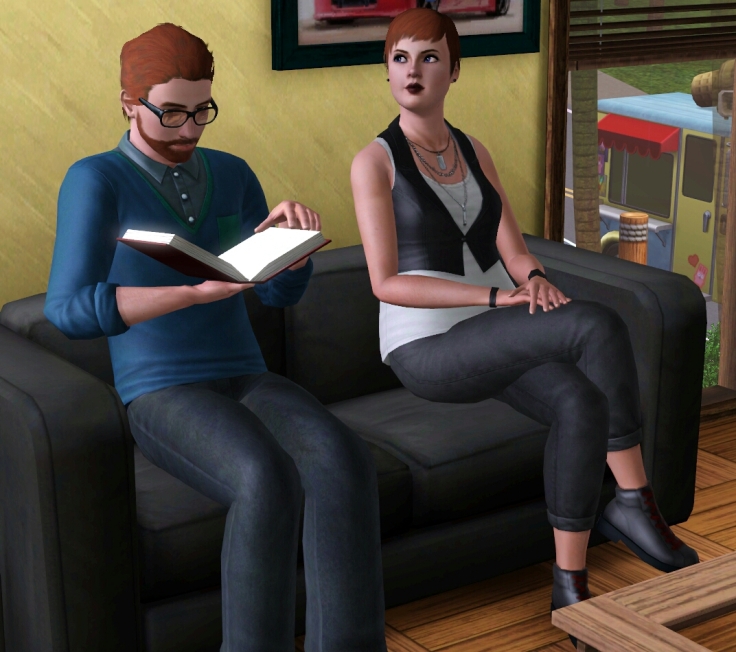 “Look hon” she added “I believe that maybe for the first time that meathead is in love, so I seriously think it’s time to help the situation. Also, we haven’t been able to stay alone for so many days now, it’s driving me insane! We have to get him out of the house!”

“He’s not really in love though, right?” Connor said with disbelief “I mean, we’re still talking about Jared” 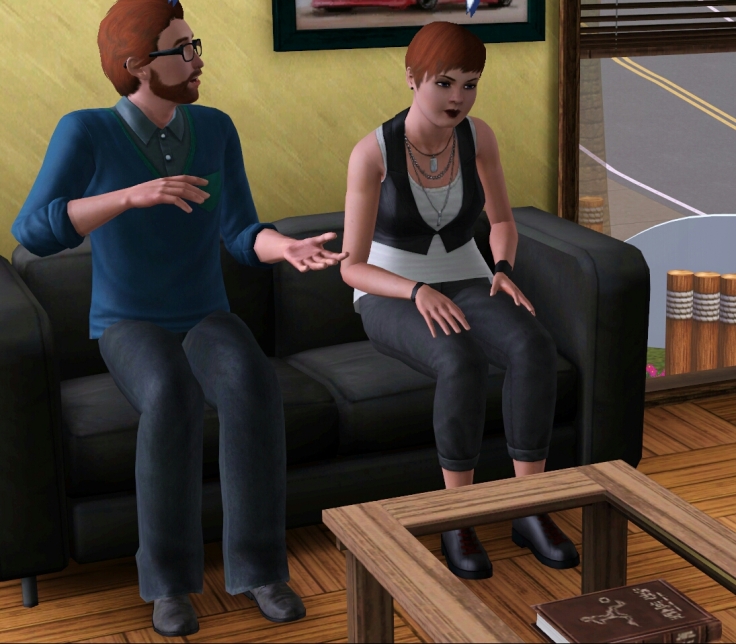 “Oh my, how can I know more about what’s going on in your brother’s life than you? He is, with a friend of mine! He wants to be with her, but she keeps turning him down – I hear him sometimes on the phone when I pass outside his room. I can’t blame her though, he was such a jackass to her, but I think we must help them be together!”

“Oh, listen to you, a big romantic deep down! Do you want to call her to come here for a visit? Maybe he’ll have better results when they’re face to face. Also, if she’s a friend of yours I’d like to meet her. Especially if she’s going to be my future sister in law” 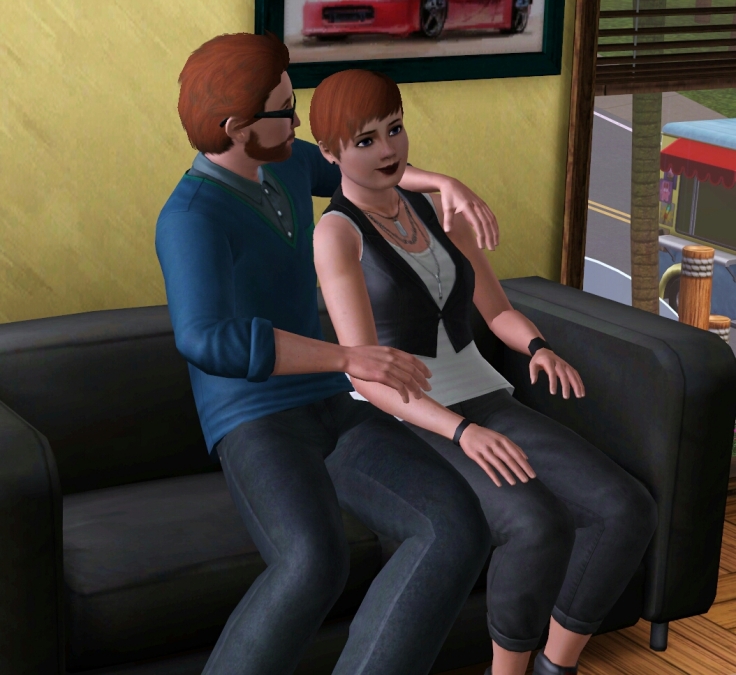 “I wouldn’t go that far, we’re still talking about your brother after all. But it’d be a shame if we didn’t at least try something. And if you call me a romantic again, I’m gonna leave you and never look back” Emma said laughing. “I’ll call her to come here now for coffee if she can. I hope Jared wakes up at a decent time”

Rose picked up the phone. She was always glad to talk to her friend Emma.

“Hey girl” Emma spoke from the other side of the line “I’m here with Connor and I was telling him about how I’d like you two to meet. I haven’t heard your opinion on him yet so I have to know if I should keep him or not” she said playfully.

“I’m not sure I’m the best judge on men” Rose replied “but I’d love to meet him! We should schedule it soon” 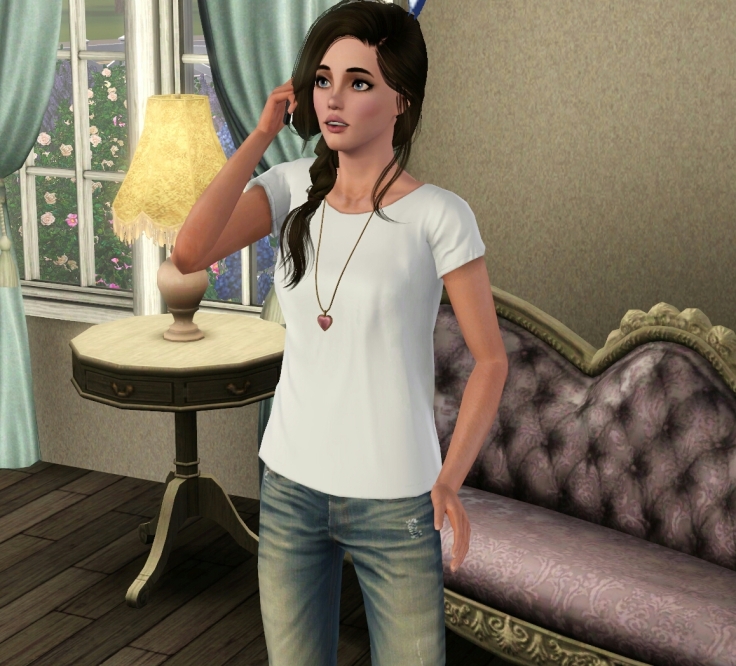 “Well, how about now? Are you free?” Emma asked.

“Now? The truth is I don’t have to work today, but I thought about doing some house cleaning. And I don’t know, isn’t Jared going to be there too?”

“Well, he is, but you can’t avoid coming here forever. Oh come on, we’ll have a good time. Besides, Jared has been sleeping like a pig all morning and if I know him, I don’t think he’ll be waking up anytime soon” Emma thought a little lie wouldn’t hurt.

“Perfect, see you in a while! Bye girl!”

Soon, Rose was at the Frio living room, chatting with Connor and Emma. 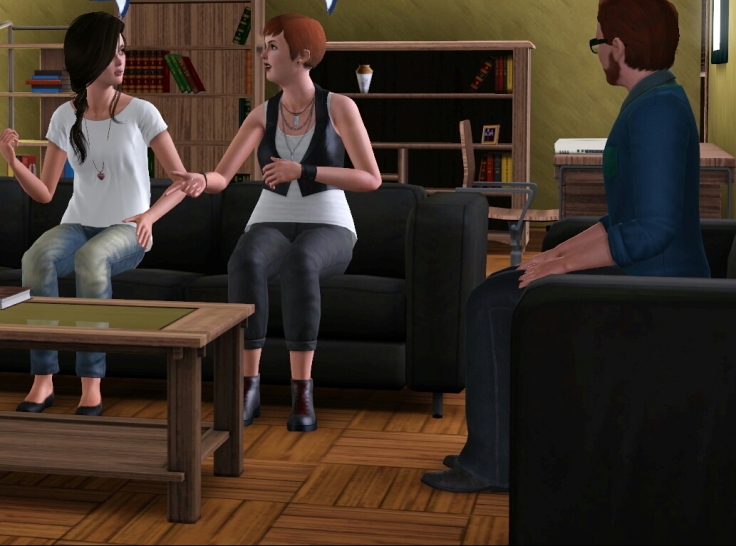 Rose and Connor liked each other a lot. While they were discussing about their love of books -cooking and romance ones in Rose’s case- Jared made an appearance. 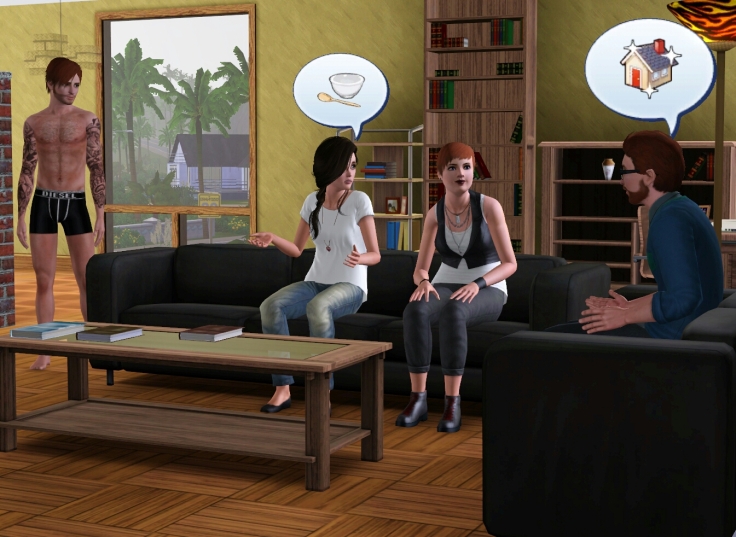 “Heeeey brother, would you mind putting some decent clothes on before you come to the living room, we have guests as you can see!” Connor said to Jared, clearly embarassed.

Jared returned after a while fully clothed. Rose was feeling pretty uncomfortable but she didn’t want to spoil the mood, so she kept chatting cheerfully with everyone, including Jared. 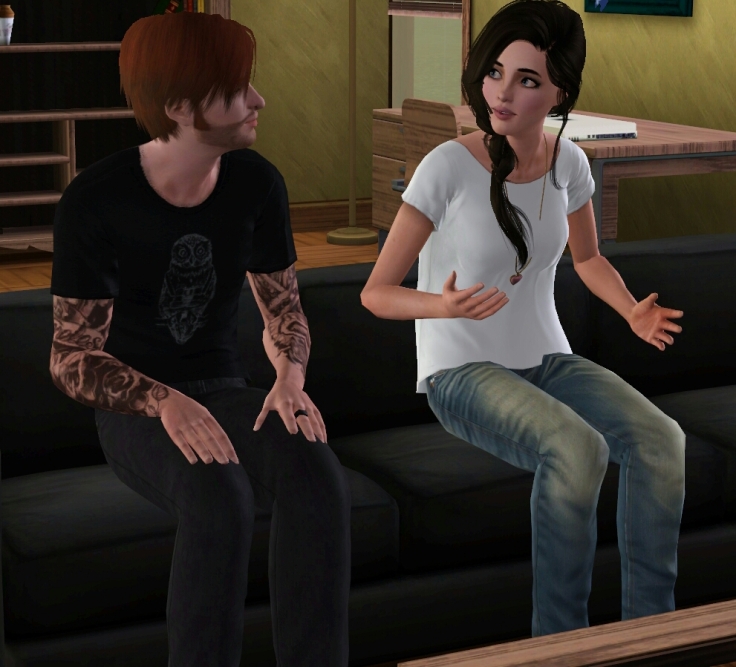 Still, things were awkward at times, despite Jared trying to get closer to her. 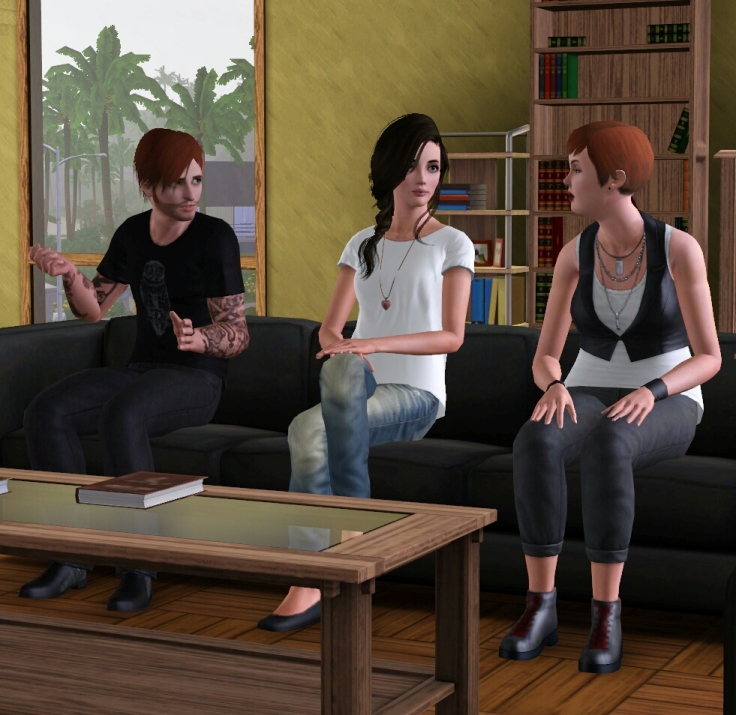 After a couple of hours, Rose got up. “I should really get going guys. It was very nice to meet you Connor, I can see why Emma likes you so much.”

“Oh, not so fast girl” Emma said. “Before you go, can I show you something downstairs? I bought an outfit but I’m not sure if I should return it, I need you to tell me your opinion”

When downstairs, Emma quickly cut to the chase “Rose, do you still like Jared? Look, I know he was an ass that night, I was there too. But I’ve never seen him like this since then, I know he doesn’t show it but he’s pretty devastated it didn’t work out between you two. Can you believe he hasn’t brought one woman in here all this time? If this doesn’t say something, then I don’t know what does.” 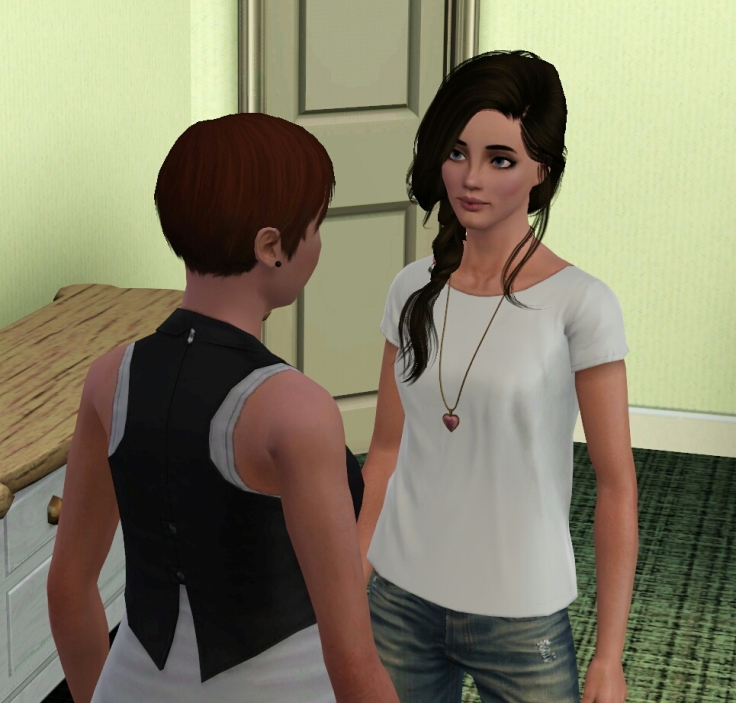 “I don’t know Emma” Rose replied “I know life was really hard for him and his brother, but it’s no excuse. Connor would never do that to you. I was really hurt and humiliated that night. I thought he was completely different until then. You had warned me too, if you remember.”

“I remember, but I didn’t think he would actually change for anyone. I’ll just say again that I’ve never seen him like this. Of course it’s up to you if you want to give him one more chance. Plus, if he ever pulls anything like that again, you know I’ll kill him!” Emma joked.

“Ok, maybe I will. Thanks Emma!” Rose said. For the first time she was feeling hopeful that maybe things would actually work out between them. 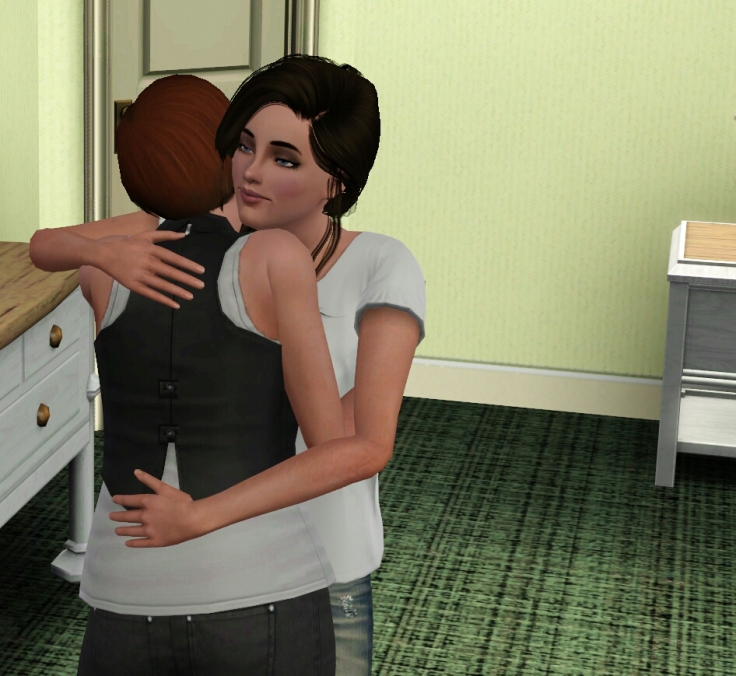 When Rose was at the door, Jared stopped her from leaving. “It was good to see you again” he said with a sad look. “Can I see you again alone sometime? Please, don’t say no again, I don’t know what else to do here.”

“Yes, I’ve thought about it and I’d like to give us another chance” she said warmly “Will you pick me up from work tomorrow?”

“You bet doll” he said, clearly happy. Then, to her surprise, he kissed her gently. It was hard to contain his excitement about their upcoming date. 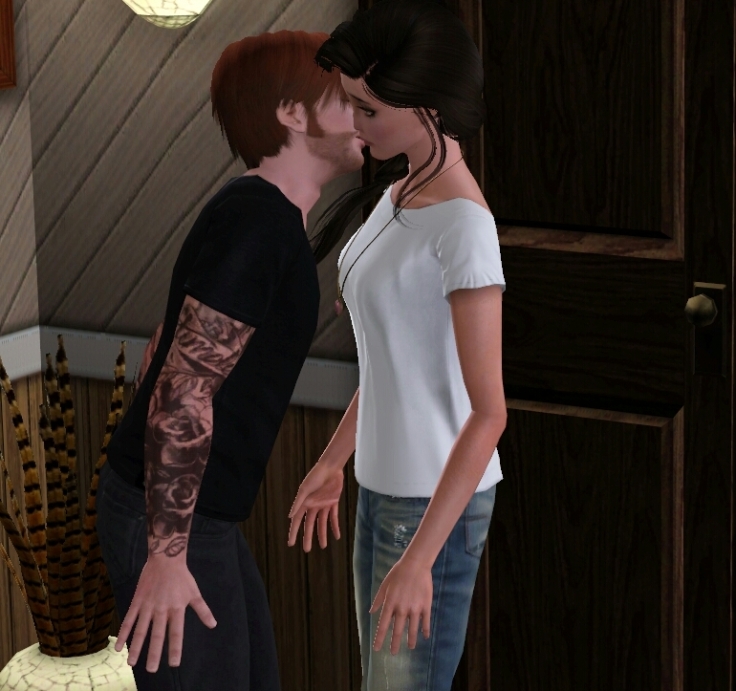 He knew this was his last chance to prove himself worthy of her. And he was determined not to screw everything up again. 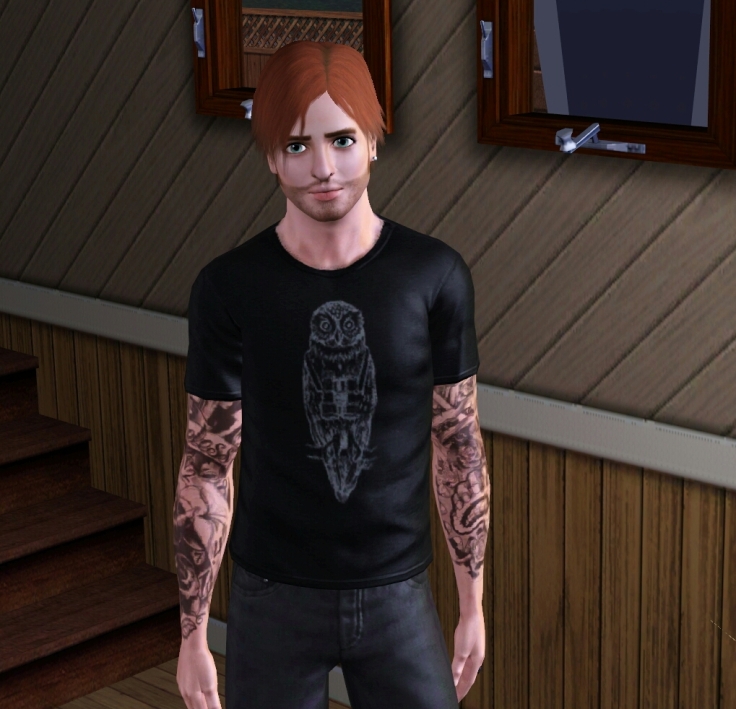 PS: I know this chapter was a bit..meh, but I was breaking my head on how to move the story forward to the point I wanted. More exciting events ahead! Also, I know the underwear scene was a bit silly, but that’s exactly how Jared decided to appear that moment: in his boxers. I laughed so hard, I had to include it in the story. Inappropriate sims lol. Gotta love ’em.